Young Chinese consumers are less concerned with heritage than the here and now, according to Gucci's CEO. But local brands are still betting on the past to make a connection. Whatever your take, cultural engagement should be driving your retail strategy.

“Culture is a huge topic here for the retail environment in China,” says Léo Bo Huang while queuing for the Samuel Guì Yuang show at Shanghai Fashion Week’s Labelhood. “Samuel, in fact, is a really good example as he's really bringing his heritage to the fore of what he does and this is what Chinese consumers are looking for today.” Huang, founder of Vie23 Fashion Curation, a collaborative platform working with international retailers continues: “Different cultural backgrounds mean drastically different shopping behaviours. Capturing these isn’t easy but when you can create meaningful connections on this level then I think your brand will succeed.”

Labelhood retail stores, recently rebranded from Dong Liang, have been at the very front of promoting Chinese-only design, perceptively opening half a decade ago when buying Chinese brands was a new concept. “We’ve actively bought into styles which are rooted in Chinese motifs and traditional ways of cutting,” says retail buying consultant Jillian Xin, founder of Xin Projects, who has been working with the chain during the fashion week. Formerly of Lane Crawford, Xin is no stranger to the importance of culture to drive meaningful retail engagement.

“I think promoting Chinese culture is a natural extension of Labelhood’s retail mission to promote Chinese talent and design,” she says. “Our customer is someone who appreciates a designer’s consideration for heritage and culture — they are advocates for the revival of Chinese tradition and craftsmanship. Brands that are doing this well include Samuel Guiyang, Angel Chen and Ms Min.”

Ms Min’s current collection took the Cantonese opera as it’s starting point while Angel Chen keeps Chinese symbols fresh and up to date, as seen again in her most recent runway outing: Chinese lamps were used as props while colourfully embroidered streetwear sees her connecting well with young Chinese millennials. In fact, according to Isabelle Pascal, founder of concept store Wuhao and strategic consultant: “There is a shift in independent designers and new retail has a special resonance. I would say China is at a tipping point at the moment.”

Pascal was also the creative director of Wuhao which operated in Beijing from 2009 to 2014. “The model which exists here is unique and you have the feeling that China is inventing news models continuously. Yet what has most changed in the last few years is the eruption of the tech giants – but this feels so far away from the fashion industry as such.” 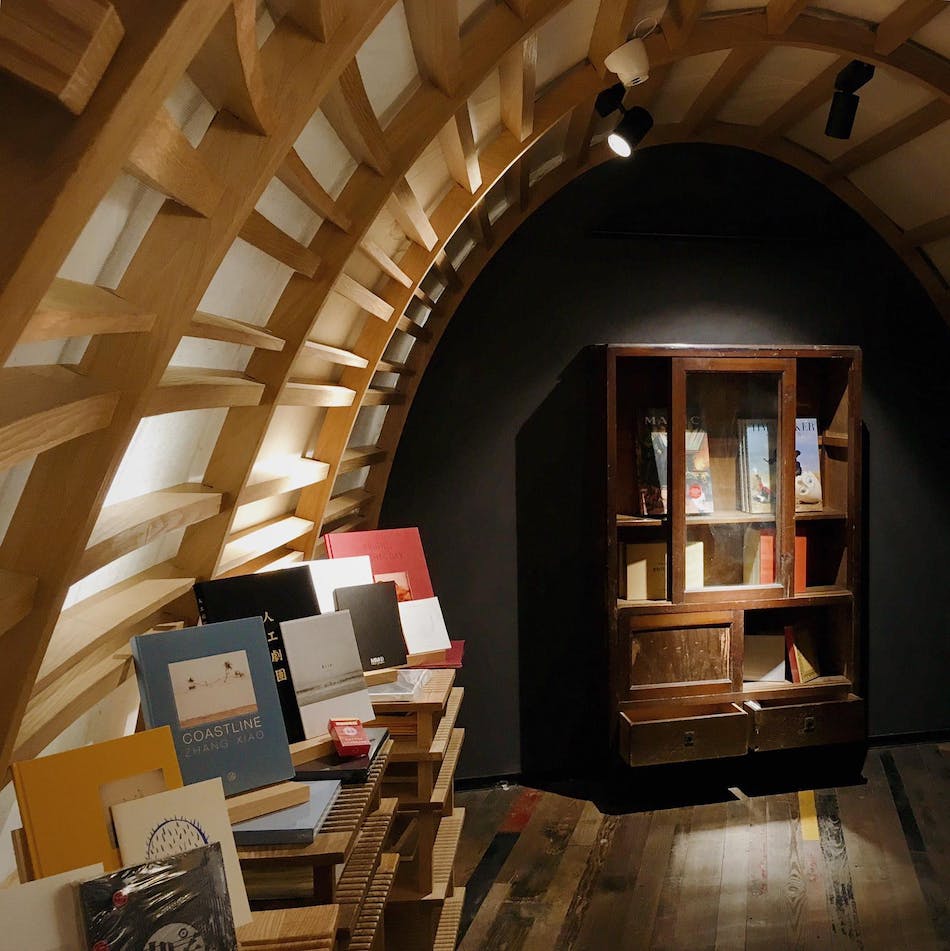 Indeed this “new retail,” a phrase coined by entrepreneur Jack Ma, is now being used in China to describe so much more than a strategy from tech leader Alibaba. It could be applied to the trajectory taken by independent brand, Exception de Mixmind, a mid-luxury clothing brand started twenty years ago by low-key chief executive, Mao Jihong.

Ricky Liang, creative director of Mix-Place explained the evolution of the company over the decades: “About 8 years, Exception, a fashion brand, trialled the lifestyle concept via coffee and books for example into our retail strategy and then five years ago we decided to really capitalise on this; we made a new brand called Feng Suo – an art or living space with fashion, café, books, and exhibition space all joined together.”

Liang goes on to add, “But this is not one image, instead, we present many images to the consumer – they can come and join in this communal evolution as it’s also as much about leading the consumer to new living experiences.” Mix Place refers to Philosophy, Lifestyle, Art, Culture and Edition (Place) is located on Hengshan Road, in Shanghai’s former French Concession and housed across four buildings from the 1930s, converted into experimental spaces where culture and contemporary community convene. This mix or blend lies at the very ideology of Mix Place as a way of fostering cultural communication with Chinese consumers.

One international brand which stands at the very cusp of interpreting culture in China, yet with a wildly different approach, is Italian luxury superbrand, Gucci. As the fastest growing major luxury fashion brand (6.2 billion euro earnings, up 40% year on year) Gucci attributes much of its success to China. Speaking at the BoF China summit recently chief executive Marco Bizzari announced that: “young Chinese consumers were one of the first to embrace [his so-called] New Gucci,” — helmed by Alessandro Michele.

“Contemporary culture here is more important than any other region in the world,” Bizzari told a rapt audience. “The usual values for luxury brand history are not as relevant [in China], the here and now is more important than the past – moving to emotional value, experience connection and culture – and the younger generation was the first to capture it here.”

Bizarri went on to explain that for young Chinese consumer (on average 28 years old), the digital social experience is very important — thus Gucci placed even more emphasis on digital content in the region. He went on to add his insights on the Chinese culture of experience: “If you are able to reconcile the digital world together with the experience in the offline this is very relevant – yes there’s a lot of customers buying offline but 65% of

customers research online and buy offline, so if you can push the same values that we have as a company – joy, happiness, a real welcome, being passionate and generally curious about the customer - not being distant so the spirit in the shop really resonates with the Chinese culture of experience. “ While Gucci focuses on the here and now, it seems the local Chinese brands prefer to blend the present and the past as a way of connecting with the consumer.

According to Xin: “There’s a pride and a willingness to embrace not just “made in China” but also “designed in China” and “inspired by China.” As Mix Place’s Liang asks, “What is Chinese lifestyle in the 21st century?” — a question on many people’s lips at the moment.

But Mix’s strategy is clear: “We want to introduce this to the younger Chinese generation and also the global community — to define who we are culturally,” says Liang. “It’s important that we cultivate our own living style — linking offline and online is what we define as the fourth step on the retail journey. By connecting individuals we can build a real-life community... this is really the key to retail in China. ”