“My first showroom was in my mum’s living room in Paris; I had no money to do it but luxury buyers came after just seeing a few photos on Instagram. It was a few racks, a really small menswear collection and they bought it directly,” Casablanca’s Charaf Tajer says, reflecting on his SS19 launch.

It might have only debuted a year ago, but millennial trendsetters are already donning Casablanca’s swagger, from Kendall Jenner to Skepta. One might say that French-Moroccan designer Tajer is finessing the world of Insta-hype. It isn’t surprising considering his social circle, after hosting well-known night in Paris Le Pompon and launching uber-successful streetwear label Pigalle back in 2008, with now-solo creative director and good friend Stéphane Ashpool.

“Pigalle was like my school. Casablanca is my personal vision, it’s my point of view of the world.” Paris-born-and-based Tajer tells ORDRE, “Nowadays everyone’s into that school of cool, playing a certain music, dressing a certain way. But Casablanca belongs more to the school of beautiful." Unconcerned with what's cool and what's not, the brand is instead centred on beauty.

Merging the tropical vibes of Casablanca, where his parents met, with Paris’ artisanal heritage, results in bright bold hues that aren’t garish, but instead hold a sexy Parisian elegance. From trademark loose-fitted silk shirts with intricate textiles to après-sport terry cloth tracksuits. It's a high-end vacation vibe.

“My clothes are a souvenir. Most of the prints are ‘souvenir’, like a dream I have had or a place I have been,” Tajer says, commenting on his illustrations of things like dragons, beaches, oranges and waterfalls, that he creates alongside three other in-house painters. Jack Cassidy, menswear buyer at Selfridges, says this is the main appeal for him as a buyer: “The prints and colours are very strong and original.”

“My clothes are a souvenir. Most of the prints are ‘souvenir’, like a dream I have had or a place I have been.”

Tajer’s first collection (SS’19) is finally in season and he reveals that it’s selling out fast in tier 1 retailers worldwide, from United Arrows in Japan to Maxfield in L.A. - the silk shirts are best-sellers priced at around 600 US dollars. Earlier this year Maxfield hosted a Casablanca pop-up installation where it sold 85% of the total stock in four days. Cassidy explains the appeal, ‘The minute we saw the AW’19 Casablanca shows we loved the energy and joyfulness of the product. Tajer has created a lifestyle that feels immediately desirable and aspirational.”

Beyond clothes, Tajer’s asserting his own cultural mood. He confidently says, “My project is to create a new classic in the world of aesthetic.” And that classic is for anyone; he doesn’t want to have a distinct customer base, quite the opposite. “I like the idea of a 65 year old man in my clothes as well as young men,” Tajer says, clarifying: “disregarding any height or any factor of cool”.

With colourful and artistic textiles, he’s attracting female customers too. Although, Tajer hints to some actual womenswear on the horizon, “It’s only small items because the brand is naturally unisex already but there is something coming that won’t work for men, it’s very particular working with the shape of a woman,” he says.

Because in 2019, great clothes aren’t enough, millenials want a whole lifestyle. So, there are talks of exclusive capsule collections with international retailers during the fall, which Tajer says will be announced at upcoming events and parties. 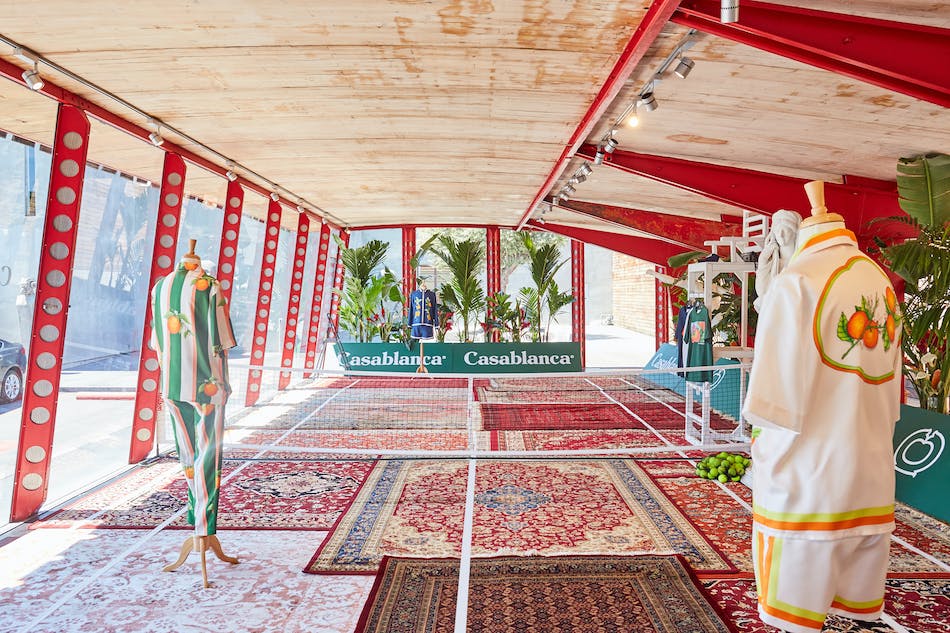