Who Are Q3's Luxury Leaders?

Amidst a turbulent time for the luxury sector, the major fashion groups reported strong revenue growth in Q3, 2018. ORDRE breaks down the key takeaways from the Kering, LVMH and Richemont earnings reports.

It’s safe to say, the luxury sector has had a troubling few months. Recent US stock market instability has made investors nervous, while China — which in the last few years has accounted for around a third of global luxury spend — is in the middle of ongoing trade wars with the US, the long term impacts of which are yet to be fully understood. There's a lot of discussion — and fearmongering — around the issue, and the fate of the luxury sector on a at large, thanks to widescale political and economic uncertainty.

Pierre Mallevays, managing partner of Savigny Partners — an investment firm working in the luxury sector — believes that for now, there is little cause for concern. “Unless there is a major geopolitical showdown between superpowers, China will continue to be the engine of growth of the luxury good sector for the next decade,” he believes.

October’s monthly Savigny Luxury Index (SLI) — a general market index published by Savigny Partners which tracks patterns across the sector — reported its biggest fall since August 2015: a decline of 11 percent. “There has been a stock market correction,” explains Mallevays. “But there is no real decline in the luxury sector per se.” 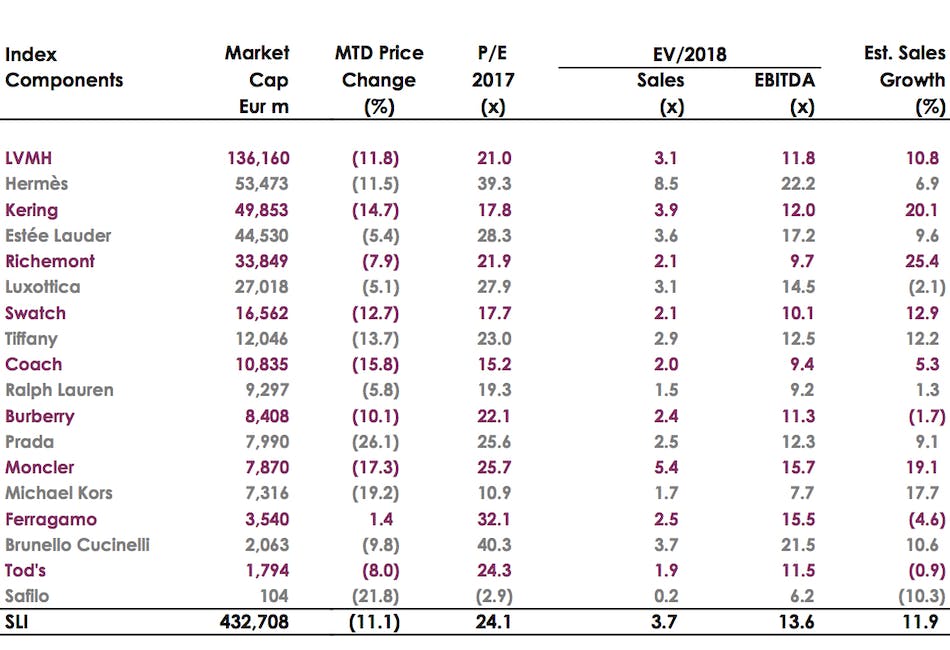 The October SLI, courtesy of Reuters

The SLI named a number of contributing factors, including Brexit uncertainty, US midterm elections, interest rate hikes and Italy’s looming debt crisis. Despite these, Mallevays remains optimistic: “If anything, Italy’s debt and budget negotiations will weigh down on the Euro, which in turn will improve the luxury groups’ profits as their costs are essentially Euro-based,” he says. 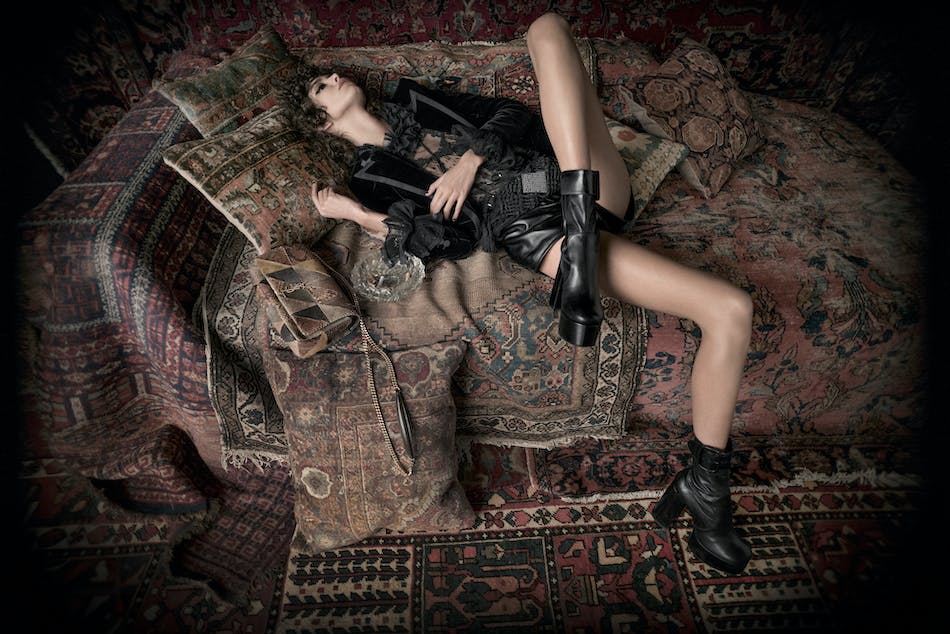 “Our growth, whose pace is unprecedented in the luxury sector, is sound, well balanced and sustained across all regions and distribution channels.” says Kering owner Francois Henri Pinault of the third quarter results. It posted 27.6% revenue growth to €3.31 billion despite having lost the ownership of Stella McCartney and Christopher Kane this year. Notably, the conglomerate’s online business grew by 80 percent, with almost all of that coming from the US and Western Europe.

The group’s jewel in the crown, Gucci, was the strongest performer in Q3. But even industry leading brands like Gucci are cautious with their success in uncertain times. In a video leaked in October, Gucci CEO Marco Bizzarri forewarned staff of the likelihood of an impending business downturn, saying: “We need to recognise the fact that at a certain point we’re going to slow down, we cannot keep on growing 50, 60 percent per month, it’s impossible.” Despite this, the Italian brand’s revenue growth has risen a healthy 34.9 percent in the last 12 months.

Meanwhile, Saint Laurent, Balenciaga and Alexander McQueen all posted profits — driven by Western Europe. Bottega Veneta is the outlier: the 7.8 percent decline in sales was attributed to weak tourism in Europe and the brand’s transition between creative directors this year.

Kering Eyewear, an initiative launched in 2014 to bring the development of its brands eyewear offerings under one roof, had a profitable quarter with sales of €99 million, up 48 percent.

Posting overall revenue growth of 10 percent compared to this time last year, according to the report LVMH is still: “cautiously confident for the rest of the year in context of monetary and geopolitical uncertainties.” In the year so far, China has accounted for 30 percent of revenue, followed by the USA (23 percent) and Europe (19 percent.)

Louis Vuitton continues to be the strongest brand in the fashion portfolio, followed by Christian Dior Couture, Fendi and Loro Piana. Although the first collection from Celine’s controversial new creative director, Hedi Slimane, may have hit a nerve critically, LVMH labelled it “a great success” which created “enormous resonance” and was allegedly well received by retailers. 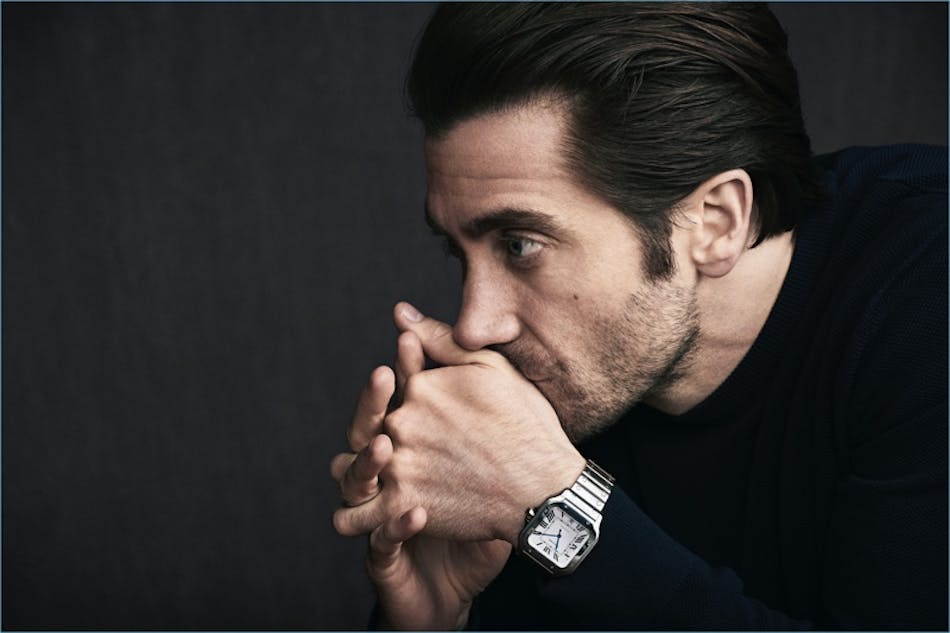 Things over at Richemont are looking healthy, following the full acquisition of both YOOX Net-a-Porter and Watchfinder earlier this year. It’s worth noting that Richemont’s results are recorded for the past six months, rather than three. Over this time, sales increased by 21 percent to €6.81 billion, driven largely by the aforementioned acquisitions.

Richemont’s portfolio of jewellery and watch brands — including Cartier, Van Cleef & Arpels, Baume et Mercier, Piaget and Montblanc — saw strong double digit (jewellery) and single digit (watches) growth, which was led by the US, Macau, Hong Kong and Korea. Following the June sale of bag maker Lancel to Piquadro, leather goods was the only category to decline in H1, albeit by a modest 5 percent.