Modesty is Having a Moment

While camp fashion is being celebrated at the Met, modest fashion, on the other hand, is certainly having a moment globally. ORDRE outlines why retailers should invest in the market.

Consumers are increasingly being empowered to dress for themselves instead of the male gaze, particularly following the upsurge of the #MeToo movement in 2017. Thus, more and more consumers are embracing a demure approach to dressing. According to a 2019 report by market research firm Edited, in the US alone there has been a 15 percent increase in modest dressing over the last two years.

The global spending power of conservative consumers is also on the rise, with predominantly Muslim markets like the Middle East and Indonesia experiencing shifts and growth. McKinsey’s 2018 study reveals that Indonesia’s e-commerce industry is picking up, with sales expected to reach US$65 billion by 2022 – eight times the amount recorded the previous year – forming a strong opportunity for international retailers to tap the market.

In light of this, luxury brands are now increasingly expanding their offerings to include more concealing silhouettes for consumers that favour the elegance and sophistication transferred through modest dressing. Here’s why retailers should be considering modest fashion in their assortment.

Edited suggests that consumer acceptance in the Middle East towards vibrant colours and pattern is evolving: in the first quarter of 2019, there was a sharp rise in pink and red abayas (long traditional robes) at leading UAE retailers such as Namshi and Noon. The report also details that patterned abayas are on the rise, increasing by 70 percent.

In regions still dominated by traditional Islamic dress, emerging designers like Madiyah Al Sharqi and Bedouin are challenging conventional ideals of dressing by taking more risks, introducing bold colours, prints and silhouettes to the market. The future looks exciting as transforming perceptions of dress are broadening the scope of variety and choice for retailers targeting Muslim consumers.

Embracing Change in the West

In the wake of viral movements like #MeToo and #TimesUp (which peaked in 2017), figures show even some women in the West are opting for conservative apparel styles to reflect powershifts and changing social values. In the US luxury market, Edited reveals that hemlines have started to lengthen, with maxi skirt silhouettes growing 67 percent in the last year; plus, long sleeve blouses and high necklines have risen in popularity by 50 percent. This style shift appeared on major catwalks for SS’19: layering emerged as one of the strongest trends of the season, presented at a number of luxury designers including Jil Sander, Etro and Dior.

Luxury is at the Forefront

Heritage luxury brands are leading the field and reimagining the appeal of modesty: since the appointment of Alessandro Michele in 2015, Gucci’s aesthetic has evolved to champion layering and demure silhouettes - proving that quirky can be feminine too. Dolce & Gabbana also launched a range of high-end hijabs and abayas in 2016. Most recently, Kenzo and Burberry’s SS’19 campaigns featured long shapes, chaste necklines, and headscarves.

Considering this year’s Met Gala championed the extravagant and theatrical side of fashion, it is evident that consumers are becoming increasingly diverse and fearless in their style choices - modest being one of them and the retail industry is sure to see some exciting developments. 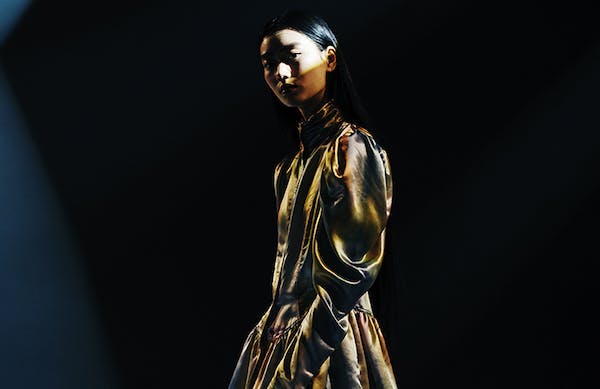