For those in the know, Shanghai Fashion Week starts early. Zemira Xu has cleverly engineered the opening dates of her platform, Tube Showroom, to indirectly kick off the event. This season, taking over five floors of the industrial Waterfront Hotel, it showcased its signature blend of installations from the likes Susan Fang and Ming Ma which blur the boundaries of fashion presentation, culture and art.

Tube Showroom also presented its first runway: local duo Staffonly critiqued Chinese consumerism and digital dependence with a cast of models who, their eyes locked upon mobile screens, careered erratically into one another. The effect was striking. Yet, what this development in general illustrates is twofold: firstly, Shanghai's model, with all its rapidly expanding components, is showing Asia just how a fashion week is done; secondly, continued growth confirms the fashion week’s status as the gateway to a lucrative Chinese consumption market - meaning, in global terms, it is the fashion industry that now needs Shanghai, rather than the other way around. As the Chinese say, fēng shuǐ lún liú zhuàn: the wind and waters are ever moving.

“For years, Shanghai Fashion Week has been watching how fashion systems operate in the West, and rightly so,” Lv Xiaolei, vice secretary of the Shanghai Fashion Week Committee or Madame Lu, as she is more commonly referred to in the industry, explains. “But times change. Now, it is clear China has created something entirely unique, and from the ground up. What was once embryonic is currently thriving within its own perimeters and attracting the eyes of the world.”

She is not wrong. This season the international presence spiked with a number of non-domestic companies both returning and appearing. Sportswear giant Reebok officially opened proceedings and the British Fashion Council (BFC) trumpeted established London brands Peter Pilotto and Roksanda Ilincic at Ontimeshow, as well as hosting a number of activations across the city. Also debuting at Ontime was French trade show Tranoï, which brought 22 international brands to the event in collaboration with agency DFO.

“Now, it is clear China has created something entirely unique, and from the ground up. What was once embryonic is attracting the eyes of the world”

Interest is not only confined to the mainland. The emergent realisation of a need for Chinese enterprise continued with Pitti Uomo’s announcement of China as their guest nation this June. In a special collaboration with Shanghai Fashion Week and Labelhood, the Italian event will host designers such as Junwei Lin, 8ON8 and Percy Lau in Florence. This is a clear indicator that the wider industry is taking serious note of Shanghai’s maturity as spearheaded by Lv Xiaolei and Labelhood’s Tashu Liu. 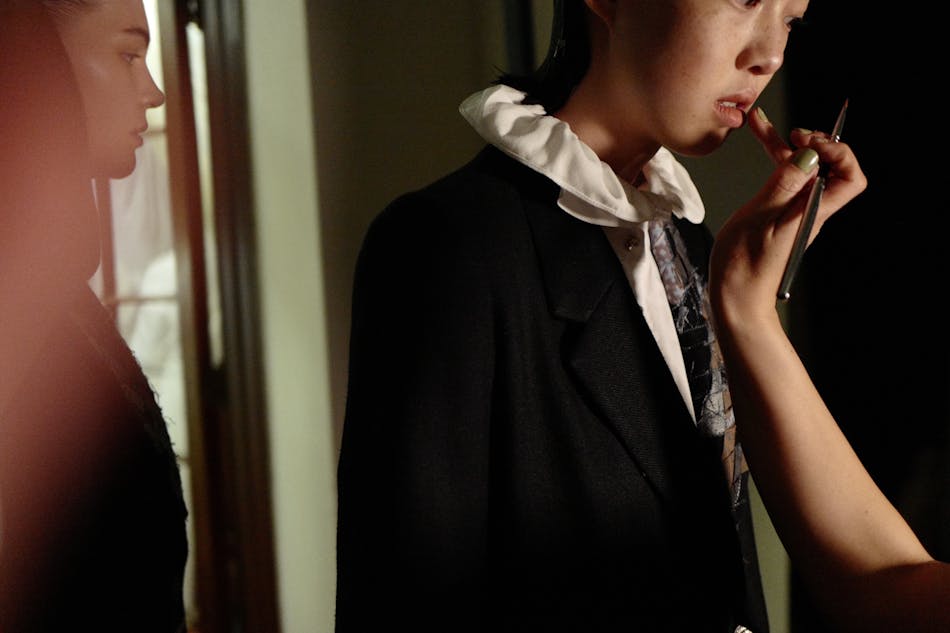 “We noticed we have a lot of Parsons’ alumni seeing the value in their homeland - mostly drawn back by Lui’s Labelhood,” said Marie Genevieve Cyr, professor of fashion design at the University. Parsons attended in an official capacity for the first time - despite ongoing strains in trade relations between the countries. “In Shanghai, they are building fashion week from the young brands. Most [designers] are educated abroad and have a great understanding of the importance of research which is bringing something very new to the market.”

Indeed, current visa restrictions in the UK mean that London may well lose its place as the top draw for scholars increasingly opting to study at Parsons and their European counterparts. Parsons is certainly making its mark: graduate Caroline Hu’s ethereal, painterly dresses won over the international judging panel to secure the inaugural BoF China Prize. Fellow alumni Private Policy were also present at the behest of Volvo to collaborate on a special project, indicating another stark shift: the need for global companies from all segments to tap independent homegrown talents.

“Big brands are looking at Chinese designers to enter into China,” suggests Andreina Longhi, founder of Attila Communications, who has been travelling to the country for sixteen years. “Now it’s not only global fashion brands but lifestyle companies too who are looking for collaborations - this is the big change. Big brands are now aware of young Chinese brands and are asking for Chinese brands to help them enter the market. It was unthinkable even just a few years ago.”

Sara Maino, head of Vogue Talents and deputy editor of Vogue Italia, has also been a long term supporter of the event. “I took Chinese designers years ago to Milan. What Pitti is doing to package them as a group is good perhaps because it’s stronger.” She believes that why Shanghai is accelerating so twofold: Government incubation and clever market assessment. 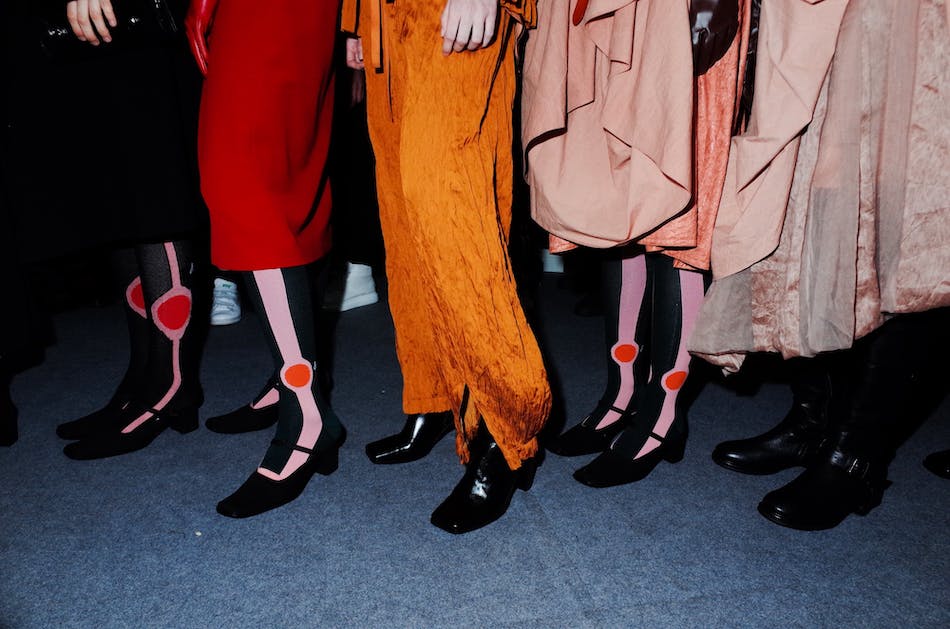 “There is talent everywhere and the main problem is how to support it. I get the sense that here there is big support from the industry and the government,” Maino continues. “The Chinese are fast learners and they’ve found the balance here. London is maybe too creative and Milan is perhaps too commercial but here there is the right balance between the two.”

Yet like all fashion markets, it faces challenges. Despite heavy taxes, international luxury brands are still wardrobe favourites of industry professionals while local fashion giants capture the lower and middle sectors, further squeezing out independent designers. A quickly and now deeply oversaturated market means the burden of expectation on fashion graduates is clearly evident, as heard on the ground in the struggles of young designers: one couldn’t help but see this in prizewinner Hu’s acceptance speech, essentially a monologue of profound gratitude for her mother’s support.

In addition to these, the struggle to secure venues in the city remains a challenge for the event’s organisers. Labelhood’s location this season complimented Ontime Showroom, yet other venues formed disparate satellites across the metropolis preventing an easy flow of movement between events. Given that getting a taxi during rush hour is well nigh impossible, this is no small problem. Sharper curation of event scheduling would avoid excessive competition, and there is still much work to be done in streamlining the official dates: an earlier start which showed global considerations could not prevent a mass exodus of international attendees before the end.

But Shanghai Fashion Week has grown up. According to Bain & Co, half of luxury spending in China will be domestic by 2025, echoed with a new lowering of VAT announced this week, and the world should take note of its most powerful access route. fēng shuǐ lún liú zhuàn, indeed. Though perhaps Longhi, present both this season and at 2003's launch, is best placed to summarise. “This is the magic of China. I come here to learn and observe and I’m always surprised. They are changing the future of fashion.”

How Asia's Digital Consumers Are Evolving