The trend forecaster's retail and buying editor speaks with ORDRE about the rapid pace of Chinese retail, and what drives the consumer buying habits in China.

Sandy Chu and I meet in Duddell’s on Saint Thomas Street Church, close to the Shard at London Bridge. It’s the Cantonese eatery’s first outpost outside Hong Kong, and the relaxed atmosphere puts us immediately at ease. Chu, editor of retail & buying at WGSN, travels widely and is in London for work.

Chu’s parents grew up in Taiwan and moved to the US in the late 1970s, where she was born in Michigan. She moved to Shanghai for an internship and has been based there for over ten years now — she’s the only family member based in China. As we settle into our surroundings, dotted with works by artists such as Gordon Cheung and Suki Chan, we discuss the incredible pace of change in Asia’s most vibrant metropolis.

“I arrived in Shanghai in 2008 and the city has changed so much,” she says. “I compare it to dog years because everything is so fast...sometimes you don’t go to part of the city for six months and then there’s a new building — it’s been expanding a lot.” This expansion, of course, includes retail and Chu is certainly kept busy staying up to date with new openings. “If I go back to the States it takes about 1 month to catch up,” she explains. “It’s hard to understand the pace of change in China.”

She says online retail platforms like Taobao “blew her mind” when she arrived in Shanghai. “Even back then, you could just chat with somebody online about the product and ask questions — it was just so much more advanced already,” Chu says. “Brick and mortar hadn’t developed 100 percent, but online was already lightyears ahead.” We are still browsing the menu and deliberating over the food, (“no seafood or duck please!”), taking our time to order from the extensive menu. Chu is still jet-lagged but getting over it, and we move on to how she found herself working for one of the industries most recognised trend forecasters.

“Well, it wasn’t planned,” she admits. In fact she wanted to study fashion — which didn’t go down so well at home — so instead she studied advertising, a compromise in her mind. After various in fashion retail and blogging, Chu was hired by WGSN as a project consultant and then as a contributor, after which she joined the company full time. “I go to lots of stores,” she says when I ask her what an average day looks like. “I’m always taking photos, but you have to be a little bit shameless,” she laughs. “I have different research points, I read online a lot and check other people writing in this area, I ask people who are early adopters and thought leaders.” By now we have ordered dishes to share, dumplings to start as well as crispy salty chicken, martell black pepper beef with sides of stir-fried baby pak choi and sauteed black truffle asparagus.

Of working in China, Chu explains: “It’s an ‘always on’ culture — people are always on Wechat and even your social group is within the industry, there's not always much of a separation. The industry is based on connections, it’s like a web effect,” she says. As travel is is a big part of her job, Chu’s network extends all over China. “We normally go to Chongqing and Chengdu once a year,” she says. “I also go to Shenzhen, Xiamen and usually Beijing once a year… I feel like I get a great overview of China in terms of retail.” She likes Chongqing for its slower pace, but says Chengdu is an exciting city for retail.

Chu also has a very micro perspective on Shanghai, having been based there for a decade. The city’s retail landscape is ever changing. “Now, it’s new market entries from small brands and Chinese retailers opening smaller shops, it’s all diversifying.” She mentions that Balian Group — one of Shanghai’s largest state-owned retail groups — is also embracing this model — their recent strategy of opening concept boutiques called The Balancing within department stores is all about brand building. “That’s the direction the market is going — people want niche retail.” 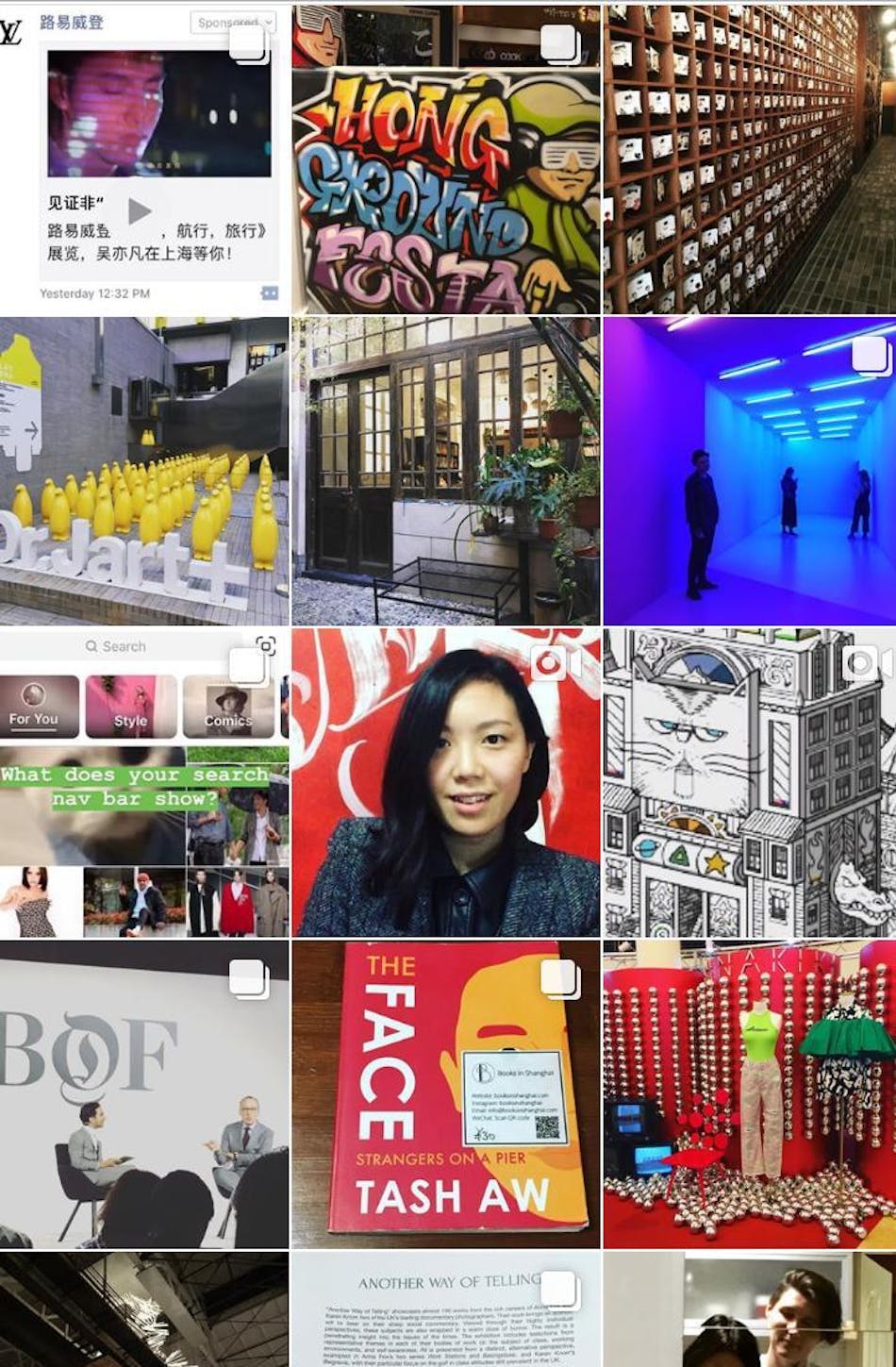 As we finish up our meal, Chu expresses her only moan of the night: the fact many people just love to shop online despite all the store openings. When I press her, she explains: “The physical retail in London, no matter what, is better as it’s a global shopping hub. But when China started doing e-commerce, it was so early and people were so open to new ways, that many retailers could leapfrog ahead of the physical, and still can,” she says. “Everyone knows people love their mobiles in China... they love watching content on the phone, and staying on the apps.”

Remaining within the apps ecosystem is still the most important takeaway from the retail landscape in China today. It is part of the retail culture, and it means that consumers can stay at home more. “Look, sometimes it’s just nice to stay in and have something delivered,” she admits sheepishly. “We don’t have the big box retailers, and you might need to go to a lot of different places to get things, so instead you can just stay at home and it’s a nice way to be anti-social!” With so many ways to shop in China, it seems that for now, Chu is betting big on e-commerce.