16 Arlington: the London Label with a Decadent Edge

16 Arlington marries minimalism and maximalism, reflecting the contrasting creative minds of the couple behind it: Marco Capaldo and Frederica Cavenati.

“Both of us have a very similar vision, although our styles contrast. Kikka has a love of pairing things back,” Capaldo continues on his love for high-octane glamour, but his girlfriend Cavenati cuts in, “I do love all the glitz and feathers too. To be honest, I feel like we’ve merged into one person,” she says.

In 2017, after meeting at London’s Royal Academy of Art, Capaldo and partner Cavenati launched a label named after their flat on 16 Arlington road. “The brand DNA is quite strong. It’s excess glamour and flamboyance contrasted with something stripped back and more masculine.” Capaldo tells ORDRE, adding that it is a product of the couple’s shared Italian heritage as well as their life in London. 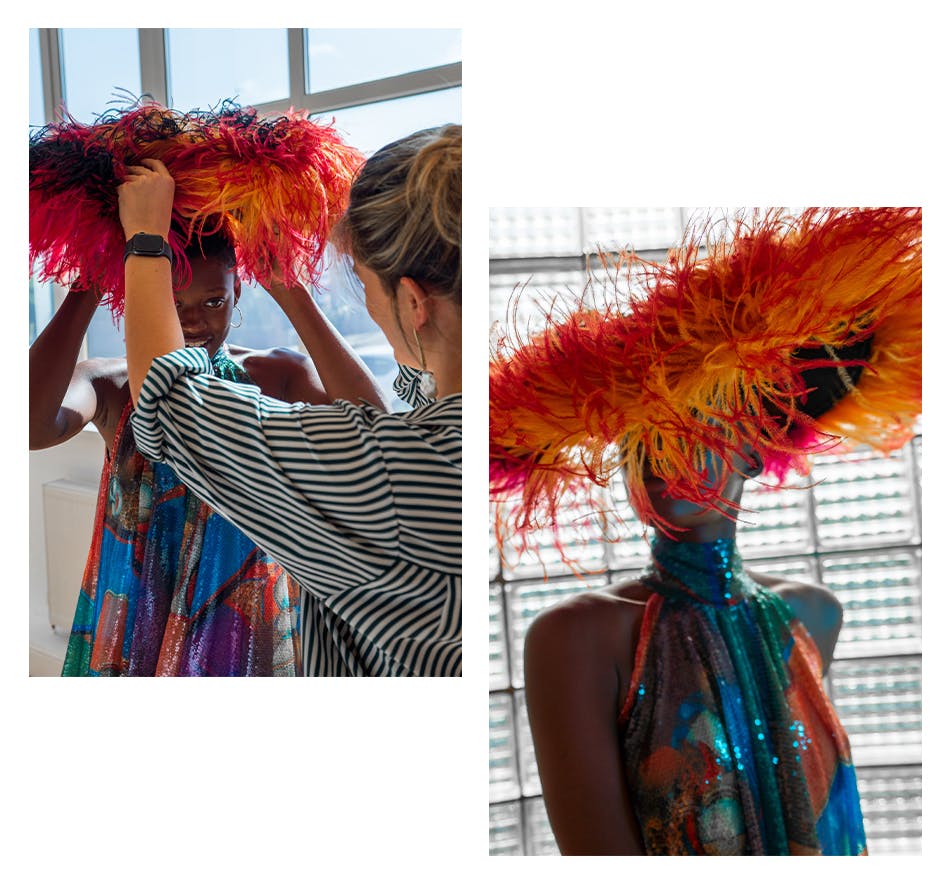 Its strong brand image attracted tier 1 retailers from the get-go, including the likes of Net-A-Porter and Selfridges following their second ever season at London fashion week. Designer Studio Buyer at Selfridges, Sev Halit explains what drew her in, “16 Arlington doesn’t hold back, mixing feathers, embellishment and luxury fabrics like leathers and silks to make our customers feel extra special. The pricing is also fantastic and with eveningwear being such a considered purchase, it makes shopping for our fashion-forward customer a lot easier.”

It has become known for feathers because, as Capaldo says, they have found that it’s what sells. “Feathers do well in general and then there’s also this little black top and pencil dress with a feather hem that carries over every season - it’s our winner,” he reveals. Although it is definitely not menswear, Capaldo adds that they have had male requests for the oversized leather shirts - a look that he has tried out a few times. 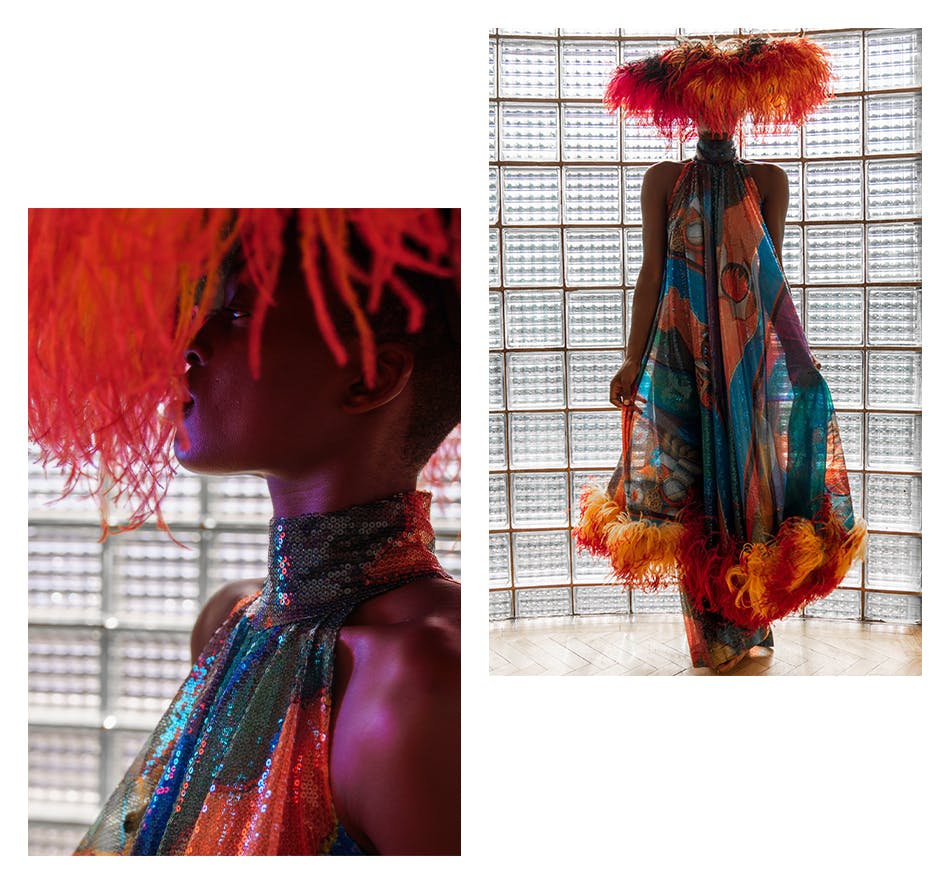 Despite their success so far, Capaldo and Cavenati say they don’t actually have a distinct target-customer. Instead, they claim to ambiguously sell to an attitude rather than restricting to a female of a certain age. Capaldo exclaims, “We can’t really define our customers by an occupation or age. It’s more that they share this common thread of loving fashion and having fun. Our clothes like to be seen in nice places, they travel, they always have a story to tell the next morning. That’s our target, an attitude. You can see it from the different girls who have worn 16 Arlington.”

It might sound risky targeting everyone and anyone, but the brand are close to the customer base. “That’s why I love our social media channels!” Cavenati says, “You get to see where the product ends up and our worldwide clients are all so different.”

Another 2019 venture is their exclusive eight piece capsule for Asian retailer Lane Crawford - Capaldo says, “It’s a combination of classics with a Lane Crawford twist.” But this is not their first luxury retail collaboration. “We did our first capsule exclusive collective with Net-A-Porter, they have been so supportive since we started. It was a Christmas party drop last year. And we’re working closely with them right now…” he adds, not giving anything away.

For now, though, all eyes are on the SS’20 collection that just spread disco fever at London Fashion Week. Cavenati explains what inspired it, “Again, it’s 60s and 70s-inspired. We looked at this incredible woman called Raffaella Carra who was a singer and dancer in the 70s. She was the whole mood of the collection.”

Capaldo finishes: “Our DNA does carry through every season, because it is strong and it works for us. It does evolve, we play with new textures and shapes each season but we will always keep that core there.” 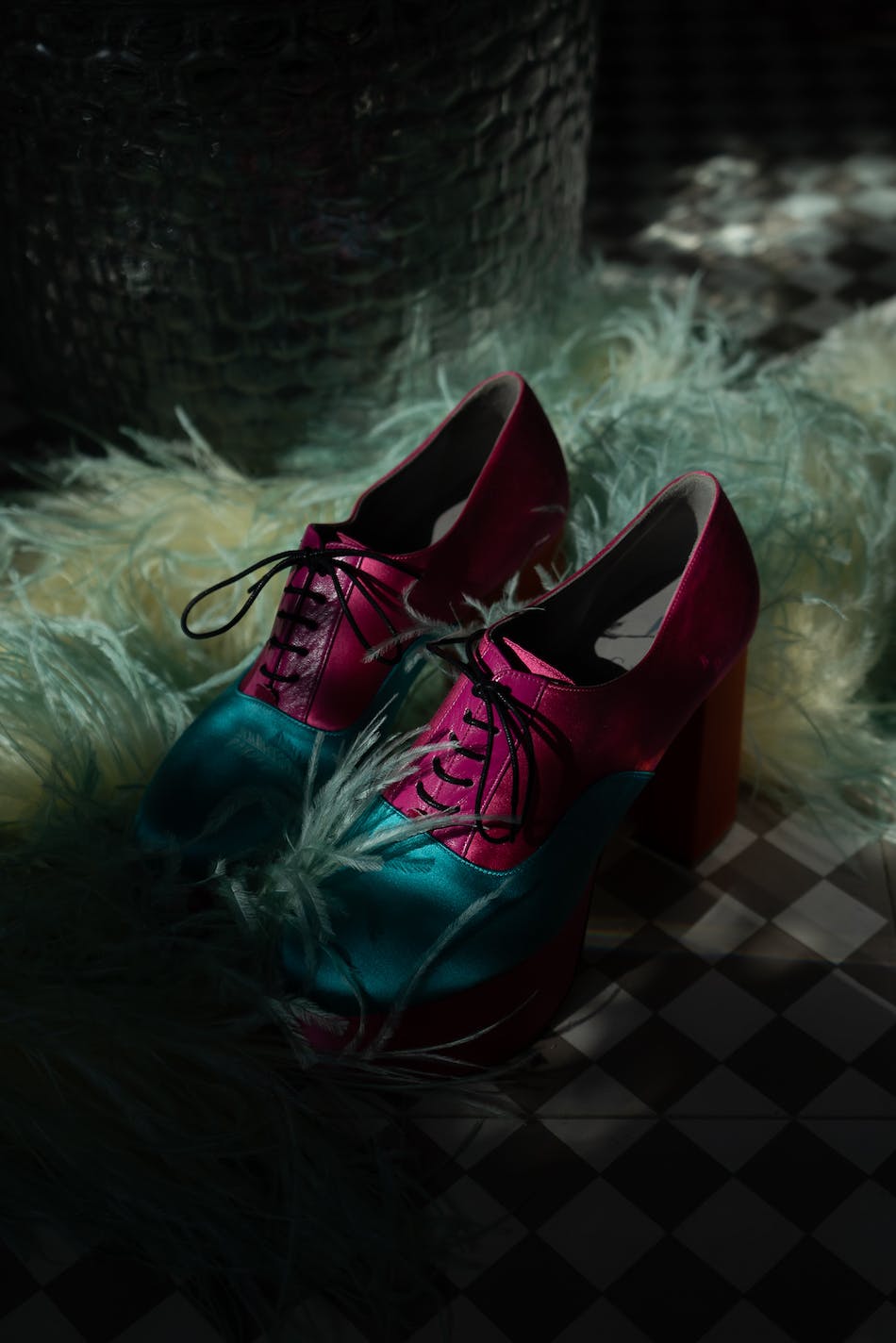