ORDRE catches up with Gary Bott, Gentle Monster’s head of UK and Europe, to discuss its rise to fame as a result of a pioneering store model.

In an age where traditional brick and mortar is struggling, having a physical store presence often requires adopting unconventional retail strategies to engage with consumers. One such brand rising to the challenge and finding success is South Korean eyewear label, Gentle Monster. “We are very focused on the customer experience at a time when most brands are shying away from the physical to focus on their digital brand presence,” says Gary Bott, head of the European and UK division of Gentle Monster.

Since founder Hankook Kim launched the brand in 2011, it has rolled out an impressive number of flagship stores in major cities around the world, (New York, Los Angeles, Singapore and Hong Kong), as well as multiple locations across South Korea and China. In fact, since its founding, Gentle Monster showed no signs of slowing. Bott divulges impressive figures: the company began making a profit in 2014, with sales figures rising close to USD$40 million. In 2016, Gentle Monster reached USD$60 million in annual global sales, and today, the brand is up to USD$200 million. This caught the attention of L Catterton Asia, a private equity investment arm of luxury goods conglomerate, LVMH, who in 2017 snapped up a stake in the brand.

“There’s more reason to visit a Gentle Monster store than there is to shop on our website — the best marketing that we could ever hope for is the store itself,” says Bott. “It’s a destination, a place of discovery, where consumers can experience the brand physically.” Giving up much of its valuable floor space to imaginative installations, Gentle Monster’s retail strategy seems more about creating a memorable atmosphere rather than merely pushing product. A train-focused set can be found in the Hong Kong store, a harvest-inspired store is in Los Angeles, and a dystopian world hit by a tsunami can be found in Chengdu. 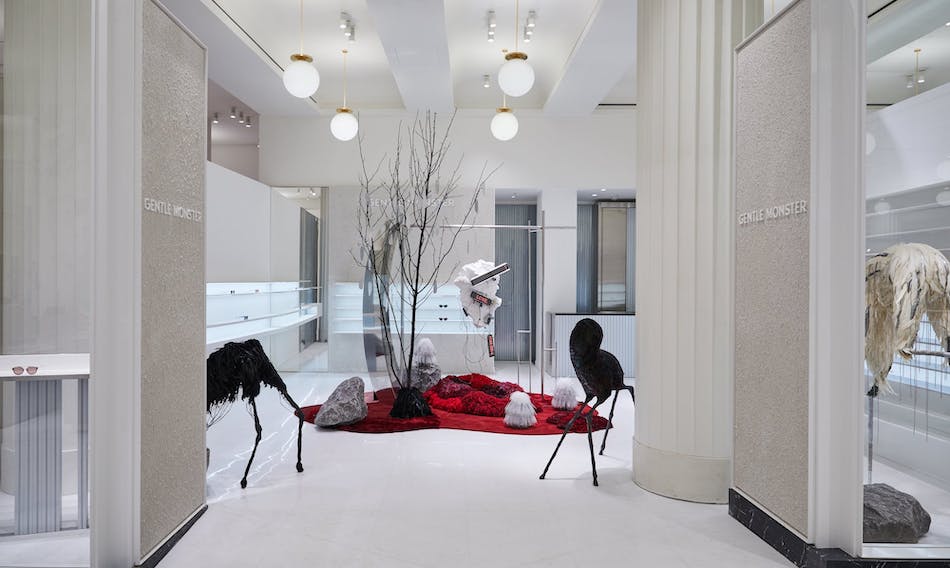 What makes Gentle Monster unique is that it doesn’t have a traditional advertising strategy, and much of its marketing budget goes into producing and shipping these installations to stores worldwide. Each theme is developed in-house at the brand’s Seoul Headquarters; all of the art objects are then created by hand and shipped to individual locations, and a spacial design team flies out to install. “It’s a significant investment, but we are as equally focused on space as we are on the product,” he explains.

This innovative strategy is how founder Kim grew the brand organically. In the beginning, Gentle Monster’s first ground floor showroom in Seoul was often mistaken for a store. Kim liked the idea that visitors saw the space as something it wasn’t, pursuing this philosophy through to this day: “A lot of first time visitors don’t know who we are or what we sell, but they are pulled into the space nonetheless because we create a sense of wonder,” Bott adds.

The brand suddenly surged in popularity a year after launching the showroom when a celebrity stylist learned about the space and picked out an eyewear style for renowned Korean actress, Jeon Ji-Hyun. In July 2018, Gentle Monster opened its first European outpost in London. Based on the martial art of kung fu, the store’s interior design features an army of kinetic robot aliens practising kung fu techniques while on the lower ground floor, a fight scene ensues in the middle of an artificial bamboo forest. In addition, it offers consumers a multi-sensory experience via a unique soundscape as well as custom-made store fragrances produced in labs in South Korea.

“It’s a destination a place of discovery where consumers can experience the brand physically.”

And is this latest UK concept translating into sales? “We are still in a discovery phase which is exactly what you would expect when entering into a new market,” explains Bott. “At this stage, it’s more experiential, and sales are building.” He admits that converting visitors to customers is slow, with 75 to 80 percent of the store’s daily audience still completely new. But he is optimistic, mentioning that footfall is much higher at the flagship, receiving between 600 to 1200 visitors per day, compared to the brand’s concessionary corner at London’s Selfridges department store.

Other than continuing its global expansion, with flagships opening in Taipei, Beijing and Dubai in Spring 2019, Gentle Monster’s next concept will connect every store worldwide for the first time; based on the number 13, each new store will offer its own interpretation of the number. Bott reveals the change will also promote a number of exciting collaborations including an album produced by Kanye West and Pharrell Williams, for January 2019. Investing in the individuality of its stores remains crucial to the business. “Most companies want to have a consistent brand experience, and they become homogenised. That’s where Gentle Monster stands out — there aren't many brands that would give up so much shop floor selling space to a concept.” 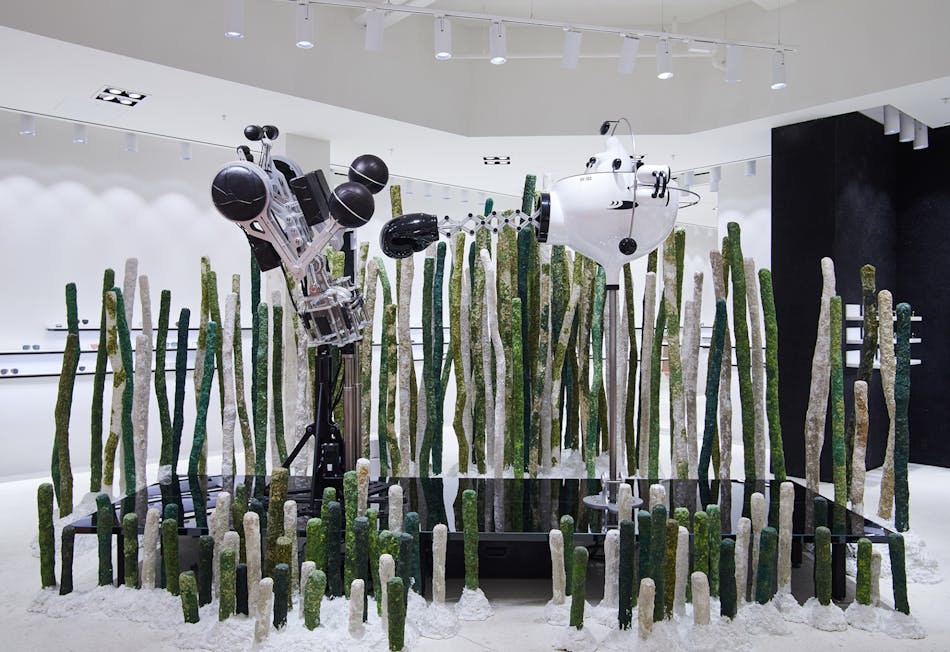