The Lab Store London is pioneering London’s competitive retail scene with a brand mix based on avant-garde aesthetics.

Over the centuries innovative planning exercises have seen London’s Covent Garden transform from square to estate, piazza to marketplace. Despite outgrowing such audacious origins, that enterprising spirit remains reflected in those outlying streets which form a web of sophisticated retail destinations around the famous cobbled centre - a series of experiential spaces, luxury stores and upmarket destinations. Standing out, even amongst such progressive competition, is The Lab Store London on Mercer Street.

The ethos of this gallery-store lies in forward-thinking, radical garments. Designers at the very heart of the contemporary avant-garde line the floor: Aganovich, Renli Su and Jun Li vie for space alongside accessory brands like Scunzani Ivo, Monies and Horisaki. “Retailers tend to follow each other, this is the problem and no one is breaking out of this mould,” says Anthony Man, co-founder of The Lab Store London. “But we do things very differently. We are doing things unlike other retailers and this makes us stand out.”

In business for over 20 years, Man is dressed in refreshingly unorthodox brands. A t-shirt from Label Under Construction and Unravel trousers paired with Both Paris shoes, he will clearly die by his own sword. Between juggling courier arrivals and shoot requests he laughs, “people do think I’m a bit crazy to open a store now, especially at such a high end…” Whether or not this is true, Man explains that, as his younger clientele dictate, “it’s about making yourself stand out and being authentic.”

Part of this originality includes exhibited artworks from Nadia Arnold gallery’s Adam Riches, yet a pioneering brand mix is undoubtedly the main draw: the biggest stockists of Ann Demeulemeester in the UK, other top-selling brands include Aleksandr Manamis and A Tentative Atelier, and more recently the Russian brand Delada. “It [Delada] is a new direction for us as we want to change our look a little in certain areas and that brand is our first step - it’s introducing more colour and essentially commerciality. It’s a bit different from what we normally do but it’s really starting to work.” 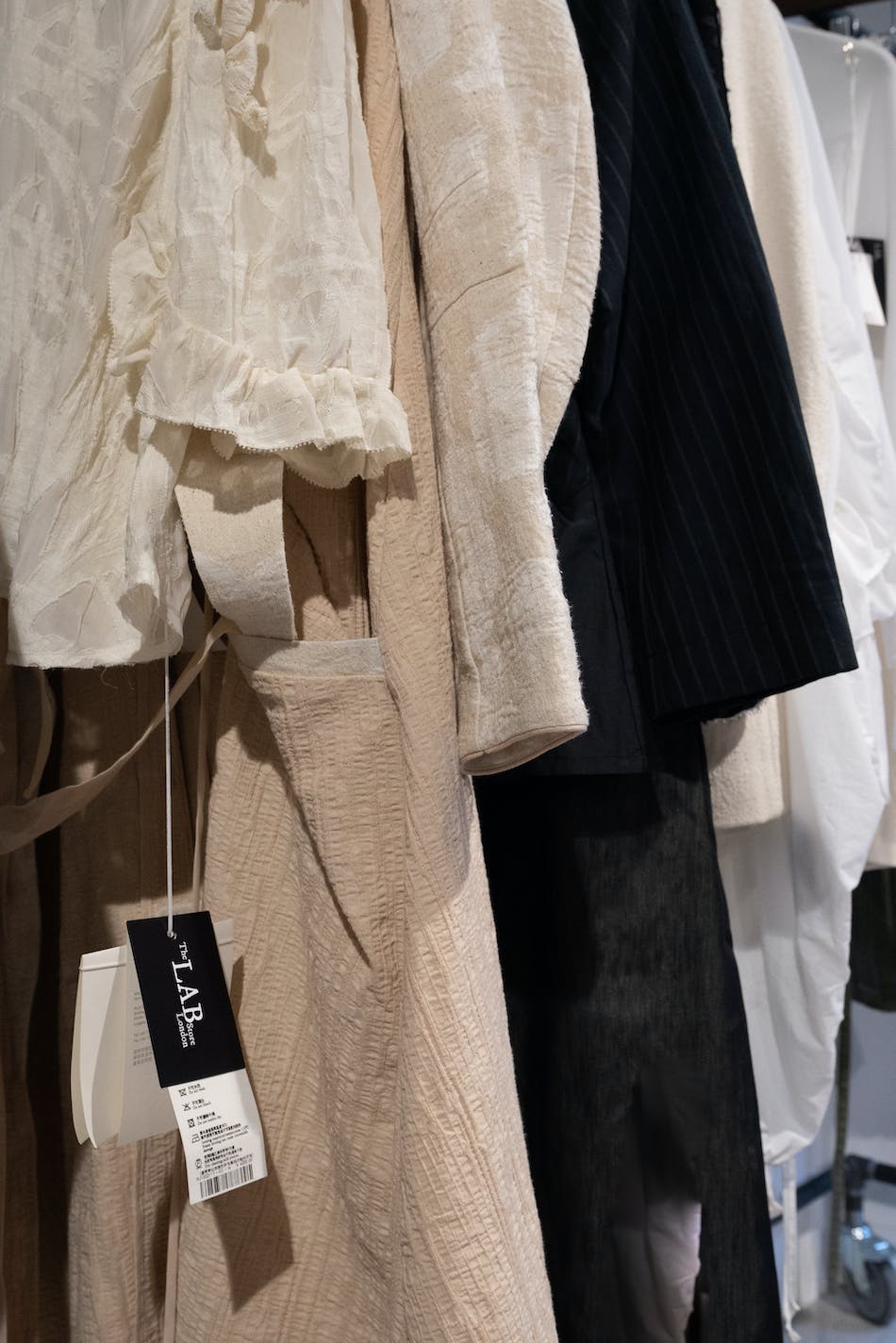 The co-founder, who limits buying almost exclusively to Paris, has a collaborative approach to buying, generously mentoring his young, plugged-in staff (“all around under 20 to 25”). Man offers a relaxed, encouraging environment given they are “living the market” where they can contribute to the selection process - often missing from junior buying roles. What results is a cutting edge curation that is quickly gaining traction: in under two years the store has drawn a global consumer base from the Middle East, China and Russia. “We buy things differently and we lead that fashion circle. People check on our site to see what we are doing,” he says proudly.

However, as Man admits, carrying such a singularly artisanal blend can be challenging. Because of this, alongside taking on several slightly more commercial brands, the business offers Alipay and is committed to a digital marketing strategy which includes Rakuten, Add People, cross-promotion from designers, a Wechat store and Weibo presence. Of course, it is often the tried-and-tested methods which are the most effective: “We run limited discount sales which many stores like us don’t do but we find it helps.”

The proof, as ever, is in the sales themselves. With a move to the newly opened Rathbone Square - the spearheading retail and residential build - due next month, the hard work and bold choices appear to be paying off. “For a very new shop, we have a lot of views and traffic coming from online. But now we will have 30% more space and we can do more,” Man enthuses. “More" here refers to the gravid prospect of further installations, events, and in-store movement. This is why new London retail is world-leading, or, as Man puts it, “ We like movement and life within a store - it’s not only about selling!” 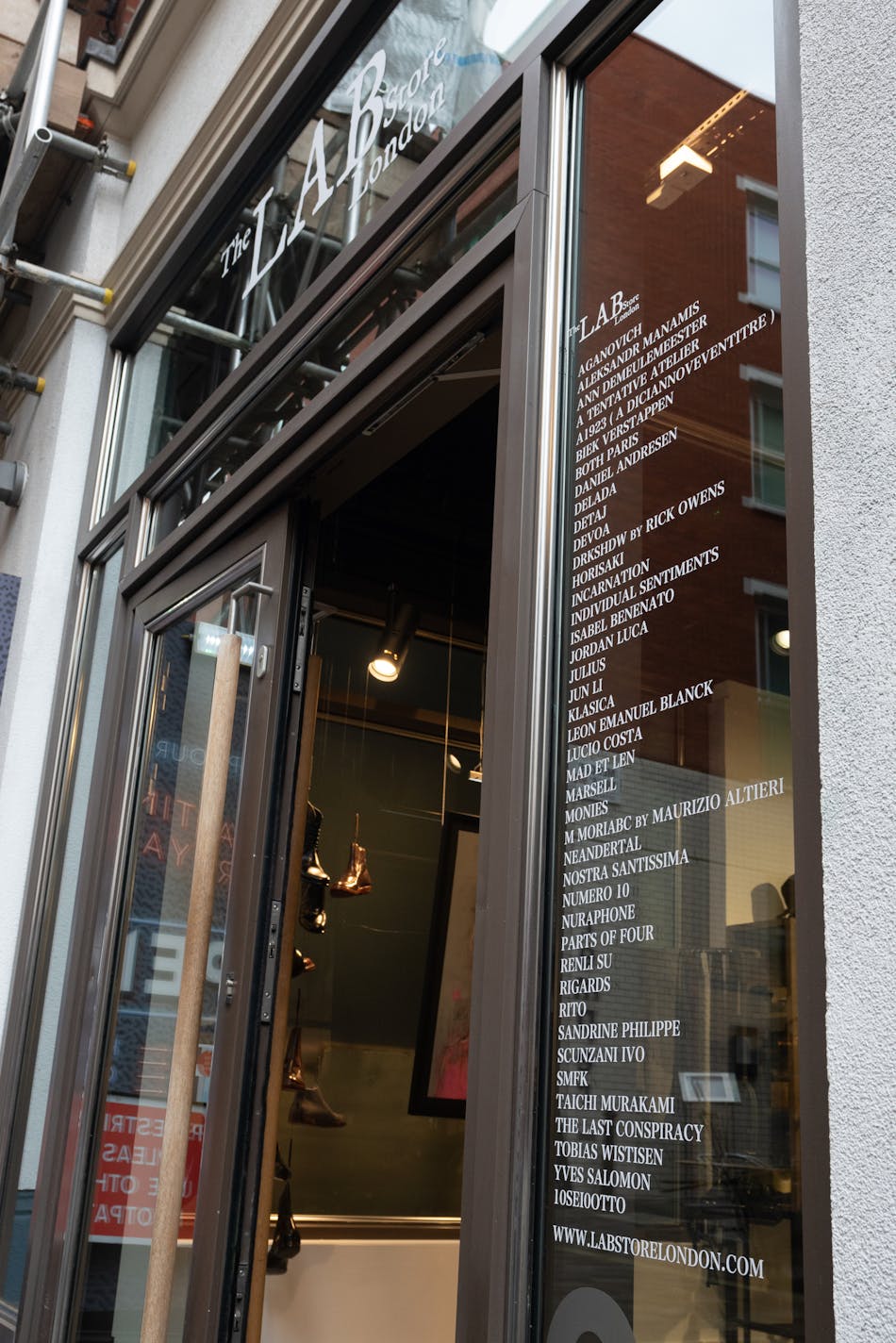 Selling to the Empowered Consumer