US luxury store A.K. Rikk’s on how to humanise retail.

Luxury fashion is probably not the first thing that springs to mind when you think of Grand Rapids, Michigan. A.K. Rikk’s, located on 28th Street for over 30 years, is on a mission to change this. The retailing destination, or “colosseum,” is 28,000 square feet (one third the size of Buckingham Palace) of sheer indulgence; Bedecked in the finest of interior dressing it stocks designers from Helmut Lang to The Row. From the packaging to the fittings, the sweeping stairway to the decadent cocktail bar, little expense has been spared in making this a retailing mecca; in fact, you’ll find the same carpets here as are used in the White House. You certainly don’t feel like you are in the middle of GRM, says one visitor - you could be in Paris, Milan or London.

On the phone from the U.S, Jim Murray, president of A.K.Rikk’s, declaims passionately about retail. He has opened up the normally secretive buying process via a digital strategy that includes posting content from global buying trips as well as styling guides in the hope of, in his words, “humanising retail.” He and his team attend few fashion weeks preferring to keep informed via industry contacts and directional trade shows (like Man Woman) and three years ago the store employed retail consultants Lambert Associates to advise on womenswear buys in different countries.

“I go to Milan but the US is tough,” Murray says authoritatively. “I have supported mens [fashion week] in the past but I personally don’t see the advantage of going to shows as a buyer except for some of the emerging brands.” For Murray, the real value in fashion weeks lies in seeing these initial shows from new brands; this is where you get “the vibe and see who is there and why, you get perceptions.” Some of his best selling brands include Chloe, Ermenegildo Zegna and Bruno Cucinelli yet he also bought into the iconic graphics of newer lines like GDCS and sportswear line No Ka’ Oi.

In terms of actual buying challenges, Murray cites the constantly changing needs of luxury clients. “They are looking more to luxury experiences...Looking to the future, and young consumers will not be like our current consumers. The perception of luxury has changed. It’s a limited edition, customisability or a drop, it’s not price-related. I’m going to market and I’m gambling. It’s the first time ever.” Yet this so-called gamble is a wager well supported by technology, as well as Murray’s work on bringing a human approach to retail.

“The only way to retail well is to have empathy but the only way to have empathy is to have data.” His idea that sales are derived from data engineered with empathy is the result of a process (he has been with the store for over a decade) and, as he explains, “In the past it was about writing down sizes, and figuring out likes and dislikes, but now as we’ve grown we’ve achieved higher statuses of CRM systems so for us the more data that we can collect and automate, the better decisions we can make as to how, when and why we contact you. The relationship is the key component and to create the relationship with someone we need to connect well with them in the store.”

So far, so clear. From birthdays to anniversaries or simply right in the middle of the “glow period,” they want to contact consumers at the exact time you want to be contacted, with the most curated and tantalising product list dropped when it suits you best. This rather original concept of empathy could well see A.K. Rikk’s weather the unpredictable U.S market. They may need it. Deloitte’s latest report, “The Next Consumer Recession: Preparing Now” suggests that a recession is due, the only question being that of time. Moreover, it adds that American retailers are in their weakest position since 1999 to tackle a crash. The National Retail Association expressed unanticipated surprise in a drop in consumer spending indicated by results in the latest monthly retail report. Yet despite this much-reported doom, some retailers are announcing surprising growth. 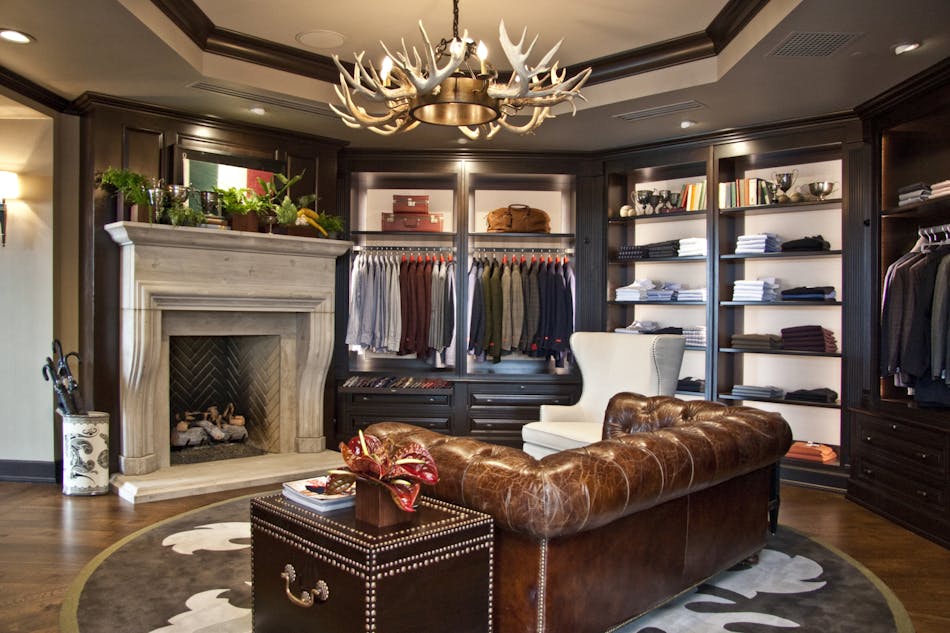 According to Research Farm’s retail analyst Daniel Lucht, this humanisation of retail can help retailers find that winning strategy but there is only one real limitation - scale. “This point of personal relationships within retail is all down to being accommodating. Services offered from A.K. Rikk’s such as bespoke tailoring or more dramatically exclusive home shopping is one that online can never replicate. This personal touch is still so much better at generating sales than an algorithm. However, the issue is that this breaks down when there are simply too many shoppers to cultivate authentic and meaningful relationships.”

Counter to growing trends of 24/7 retail, Murray states, “I believe the future in retail is closing even more and only being open for true intentionality.” Currently, A.K. Rikk’s is open five days a week; in the past, it has done things like brought the entire Escada showroom to the store for a three-day event. Indeed, Murray says that in general shops are now open so much they don’t have the bandwidth to be special. Let alone bring the store to you - as A.K. Rikk’s does. As much as utilizing advanced technology is spearheading retail in general, Murray is clear that the edge lies wholeheartedly in knowing your consumer.

Lucht’s insights on the future store chime well with what A.K. Rikk’s is advocating. “If it’s not tech-heavy, it is going the opposite and eschewing technology,” he says. “It’s most likely to be found in the independent sector and will focus minutely on personal relationships. This is definitely a niche where you can drive real success… It’s like the anti-amazon.” In light of recent, rapid growth in retailing giants globally, from Germany’s Zalando to Singapore’s Ladaza, there is little doubt as to the power of data ownership. Yet, as Murray’s emporium illustrates, the consumer landscape will always have appetite for something a little more human.