As Bicester Village launches a pop-up to celebrate the year of the pig, China's designers take centre stage.

Running across the Chinese New Year holiday celebrations, a pop-up celebrating the year of the pig has opened at Value Retail’s Bicester Village outlet. The first of its kind, it signals a long-awaited change in retailing dynamics and further confirmation of the pivot East. For the first time since US retailer Opening Ceremony held its Year of China in 2016, consumers in the West can - albeit for a limited time - buy multiple Chinese brands under one roof.

But with discounted prices starting in the hundreds, are Bicester’s so-called guests ready to buy into brand China, given luxury competitors include Gucci, Céline, Prada and Loewe? Many of those represented are not only new voices on the mainland but virtually unknown in the West. And, more importantly, are the middle kingdom’s designers not tired of flying their country’s flag? Is it still appropriate or necessary to label a designer by their geography?

According to Bicester Village business director John Durnin, Chinese designers should have the authority and gravitas to step onto the international stage. “It’s the perfect time for Chinese designers,” he says after the event’s opening speeches. “They are ready and mature enough...And it’s about newness. They are really creative and at the end of the day that’s what retail is about.”

Although few designers were on site, (almost all were back home for the near total shut-down that is Chinese new year), the two that were projected optimism. New-Gen and Fashion East alumnus Ryan Lo was adamant that consumers are ready for Chinese fashion: “Yes! Absolutely. Why not?” Zhi Chen - the designer behind i-am-chen - agreed, adding, “I am really positive: the designers we have are ready to be bought by the world.”

“It’s about newness. Chinese designers are really creative and at the end of the day that’s what retail is about.” 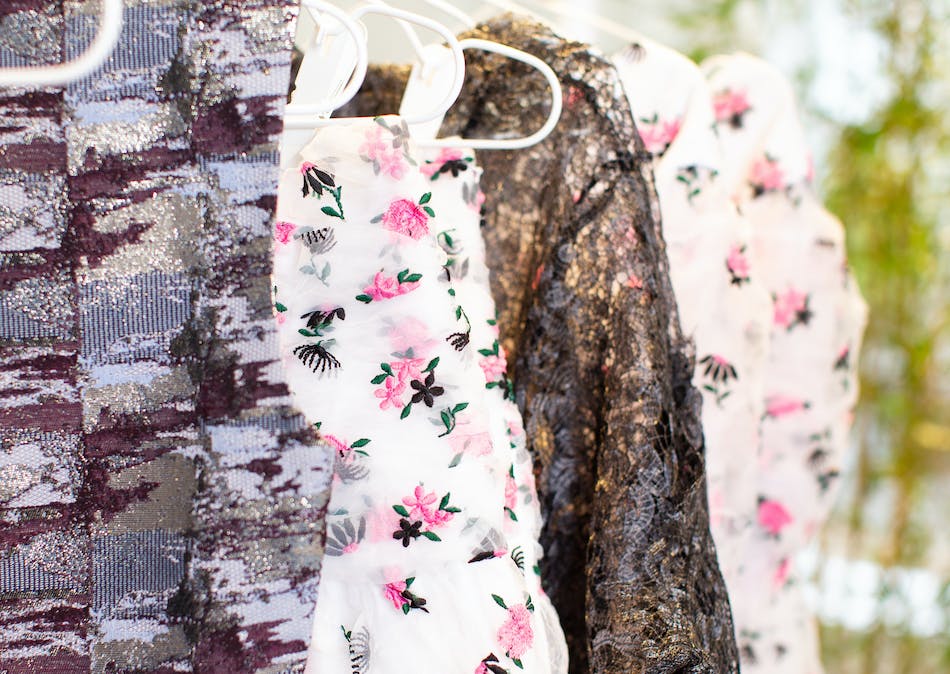 i-am-chen is one of only a handful of Chinese brands that have found a range of stockists in the west, from MatchesFashion to Browns, and is a finalist of the upcoming International Woolmark Prize in London next month. Yet even Chen is acutely aware of the challenges faced by compatriot designers, conceding, “It takes time to change the stereotype of Chinese design made in China. I really think an event like this can help.”

Tiewei Zhang, London-based China market editor at WWD, agrees that the timing is right for fashion China to go global. “I think the world is getting used to the idea that Chinese fashion is something to be taken seriously,” he argues. “I would say the most fashion-forward consumers are ready but the rest still need a lot of education. Chinese designers need to be more aggressive in terms of communication to get their idea out though and latching onto being Chinese is just not enough.”

Indeed, Honk Kong-born Lo maintains that such descriptions can be more of a burden than anything else. “You can’t really just label us Chinese, like do you say that’s a Greek designer or Canadian? That’s the wrong way to do it…” He goes on to outline the nuanced situation facing many of his peers: “In China, I’m considered British but in Britain, I’m considered Chinese...So I think it’s a double-edged sword but it’s about how you interpret it and how to use the situation.”

Shanghai-based Jane Gottelier, professor of De Tao Masters Academy at Shanghai Institute of Visual Art, acknowledges the difficulties of package Chinese designers by their nationality alone. That is, she qualifies, “Unless they are curated really carefully”: obviously the selection must reflect diversity, nuance and - of course - talent. Yet, like many others in the industry, she is adamant that the timing is right: “Designers from China should not fall into the trap of underselling themselves as they are as just as strong as designers from the West.”

In addition to a global audience, Bicester Village is tapping the thousands of Chinese visitors who travel to Bicester annually and who are now looking specifically for Chinese-authored design. “In China, there is also now a much savvier customer that wants to discover new designers,” says Lau. Of course, cutting edge creativity is in demand the world over. China might well be best placed to offer it.