How Museum Retail is Saving Bricks-and-Mortar

Exhibition-style retail is gaining momentum, but it goes deeper than simply increasing Instagram appeal. ORDRE breaks down this modern convergence of art and commerce.

Fashion’s love affair with art has endured generations, but today it takes on new meaning thanks to a rise in exhibition-style retail concepts which capitalise on cultural integrity. “While luxury brands have been patrons of the arts for centuries, the concepts we’re seeing now consciously move away from creating spaces that echo existing institutions,” explains Katie Baron, head of retail at trends intelligence service, Stylus. “Rather, they welcome a hybrid of art and retail that spotlights a more dynamic and accessible sense of cultural kudos.”

Both retailers and luxury brands are increasingly leveraging the trend to capture experience-seeking consumers. According to Baron, tapping into the world of art can drive intrigue, with the power to transform commerce-first spaces into edifying destinations: “There is growing appetite for retail with an erudite edge, capable of expanding fans’ horizons as they seek more fulfilment than just the product itself, and art is at the core of this.”

Dover Street Market, which opened its doors back in 2004, was one of the first luxury retailers to hone in on the notion, mimicking the art gallery concept with seasonal rotations of creative branded pop-ups. In 2008, Hong Kong-based K11 Art Mall introduced a similar concept within its shopping mall context. Hosting contemporary art installations alongside a curated mix of local and global brands, it recently partnered with art institutions like Le Centre Pompidou, The Armory Show, and the Royal Academy of Arts for a series of exhibitions featuring artworks from artists like Salvador Dali to Claude Monet.

“It should be about running with the tools at our disposal to tell stories, stimulate or provoke consumers.”

London-based department store Selfridges is also maximising on the trend, but is pushing boundaries with a digital-first approach in a bid to resonate with today’s connected consumer: in July, the retailer launched The New Order, a project which enlists digital artists to create AI-powered art installations and 3D rendered window displays.

But Baron warns that the union of art and commerce shouldn’t only focus on aesthetics or creating Instagram-worthy content, as this will only generate temporary buzz. “Doing it solely for Instagram is risky business in my opinion,” she says. “The images might go viral, but the sentiment, the genuine engagement that fosters memory-making, is likely to be short-lived.” Instead, she suggests adopting creative concepts that add substance to the retail space: “It should be about running with the tools at our disposal to tell stories, stimulate or provoke consumers.”

Tal Zvi Nathanel, who co-founded immersive concept store Showfields in New York last year, is also against an Instagram-first mentality: “We’ve banned the word ‘Instagrammable’ at Showfields because it’s about much more than that.” Dubbing itself ‘the most interesting store in the world,’ the retailer offers individually-designed spaces to digitally-native brands, alongside art exhibitions, co-working spaces and events. 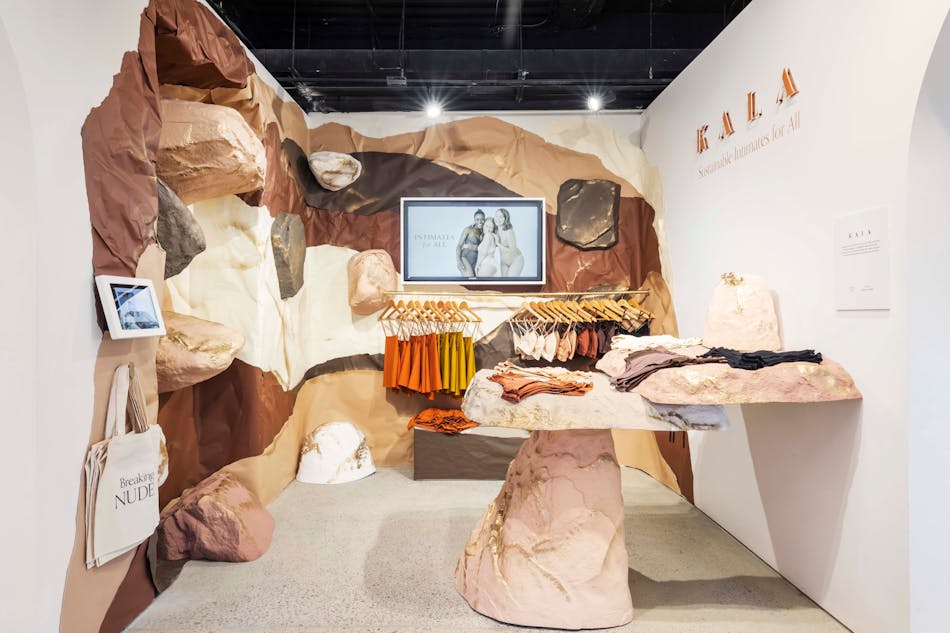 “When thinking ‘Instagrammable,’ the focus is strictly on the content,” Nathanel continues. “While content is important, we’re focusing on the value and message brands want to tell consumers.” He adds that brands invited to the store decide on their own KPI targets, ranging from sales to data, and each space is designed accordingly. Thus brands have the opportunity to connect with consumers in completely new ways.

And while he acknowledges that visual appeal is important to influence customer interaction with the products, creating awareness and giving brands a platform to engage with new customers is equally significant. “We want each brand space to be so engaging that guests can’t help but try the products and go home with something new,” he adds.

For a recent activation, the store merged retail with performance art theatre, which saw a 33 percent rise in foot traffic, and a 50 percent increase in sales store-wide. “Showfields is inspired by the wants and needs of the consumer, and right now the consumer is looking for something immersive and interactive, where they can discover brands in a way that is fresh,” Nathanel asserts. 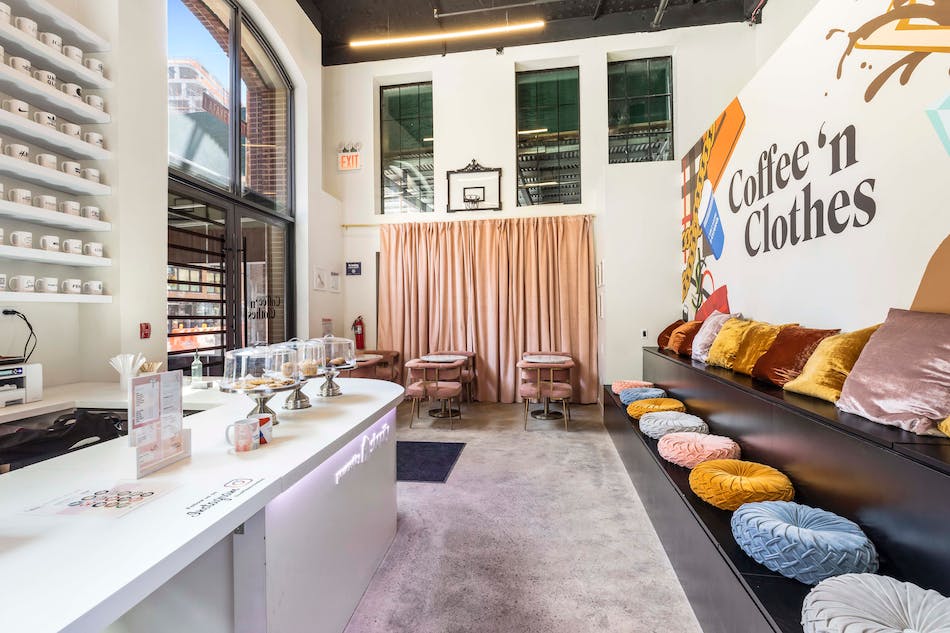 Yet while retailers are only just discovering the power of merging art and commerce, luxury brands have become experts. In the last few decades, many have launched foundations in an effort to highlight their cultural heritage and influence through permanent art museums and moving exhibitions. Prada launched its foundation in 1995, followed by Louis Vuitton in 2006, and Hermès in 2008.

And today fashion designers are throwing up fresh iterations: This summer Virgil Abloh unveiled a retrospective at the Museum of Contemporary Art in Chicago. It features a range of the designer’s achievements, from his 2019 rug collaboration with Ikea to looks from his Off-White collections, as well as a pop-up shop selling limited edition Off-White garments. Stylus’ Baron explains that this partnership is based on Abloh’s “desire to dismantle the barriers between high and mass culture, and show people from all walks of life that they’re also eligible to walk a creative professional pathway.”

Art-inspired concepts clearly have the potential to reimagine the traditional shopping experience, while at the same providing a more accessible entry point into the world of luxury fashion for a wider audience. Nathanel believes that “retail then, now and forever will always be about discovery (finding new products) and consideration (collecting the data you need to make a decision),” and the art world offers endless opportunities to innovate. 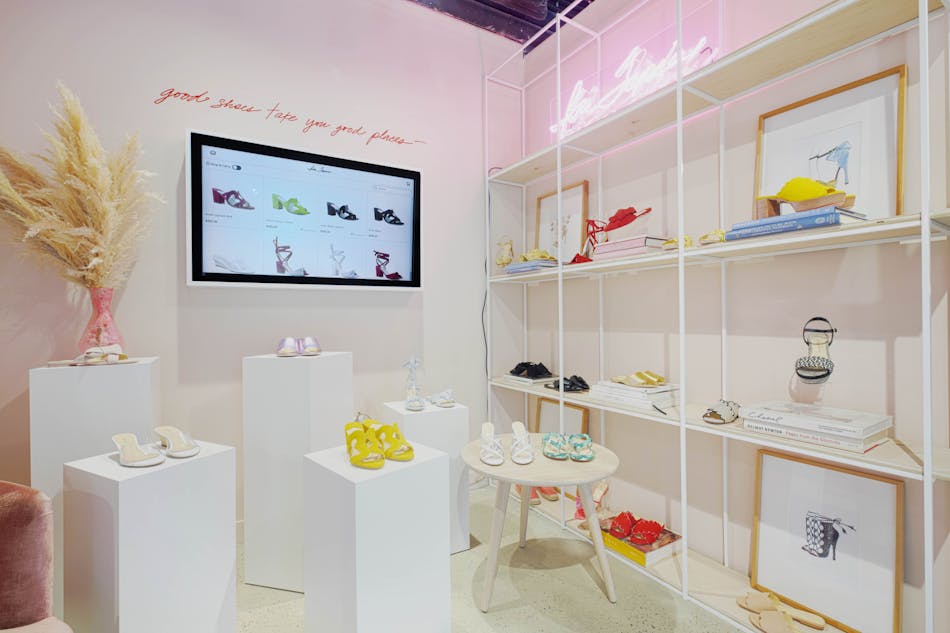 The Rise and Rise of Magtailing