The Woolmark Prize (IWP) is a critical and powerful focal point for the power and irresistibility of wool, says fashion journalist Tim Blanks - high praise for a justifiably esteemed award now over half a century old. This year’s event was touched by a sense of melancholy - as well as perhaps its own historical significance - with the passing of a fashion giant: it was none other than the late, iconic Karl Lagerfeld who won the inaugural IWP of 1954. 65 years on, the Prize’s core mission of showcasing merino wool remains steadfast.

“It was quite wonderful to see designers from places like Korea, China and Sweden, because sometimes in fashion we think everything happens in Paris, so this was a reminder that the world is big and fashion comes from everywhere around the world.” Alongside this enthusiasm, he stressed the overwhelming importance of assets like creativity, innovation, intelligence and passion in the fashion industry today.

Emotions ran high on the night as UK-based Edward Crutchley surprised the crowd assembled at Linley Hall by winning two of the three awards - landing himself a total of AU$200,000 for both menswear and innovation. By his second win, Crutchley seemed understandably lost for words. Blanks, however, was direct in his praise on the designer and his deserving win, remarking thoughtfully, “I don’t think there’s been a designer like him in the competition before. I find the whole idea of him being a winner and the figurehead of creative innovation of wool in the fashion industry so exciting.”

“Sometimes in fashion we think everything happens in Paris, so this was a reminder that fashion comes from everywhere around the world” 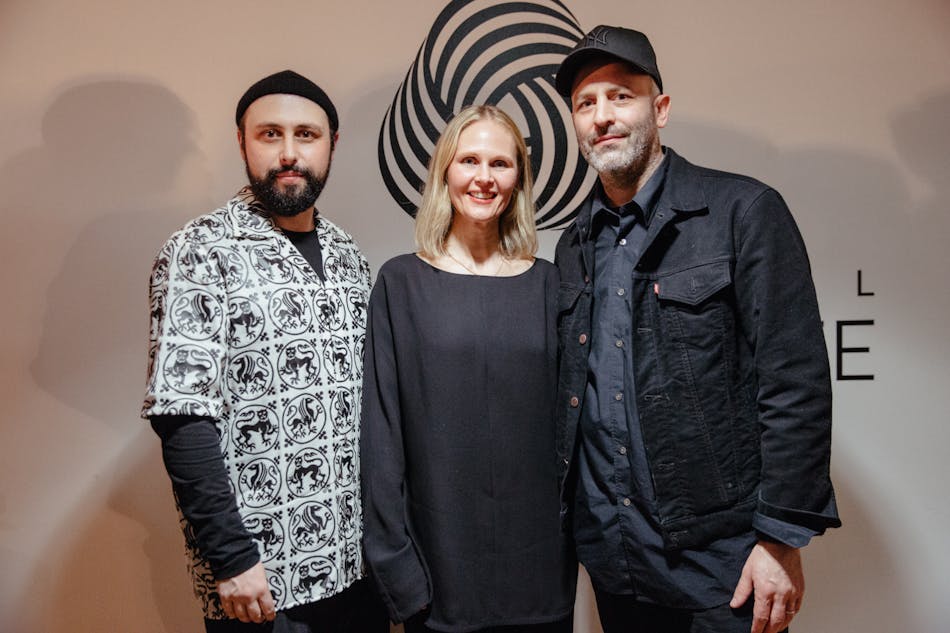 Crutchley is certainly no stranger to the fabric, having grown up on a sheep farm in the Yorkshire Dales (“Wool and lambing are in my blood,” he laughed backstage after the event) but his work - playing with culture and textiles, prints inspired by Malinese mud cloth and suits made from Saudi Arabian fabrics - shows a dynamic global outlook in spite, or perhaps because, of this rural background.

Such a theme is not uncommon. The collections created for events like these often indicate where the industry as a whole is heading and tackling sustainability was a key feature in designers’ processes as well as judges’ agendas. Little surprise, then, to see husband and wife duo Colovos - whose garments showcased a commitment to innovation and traceability in fabrics - pick up the award for womenswear. Emphasising the brand’s stance on zero waste, designer Michael Colovos explained his inventive process, where “production waste and end-of-life garments are recycled to create new fabrics using a process that uses steam, heat and citrus to breakdown the fabric waste and create a new fibre to be spun into fully recyclable yarns.”

Both winners will receive industry mentorship, and access to the world’s best retailers and departments stores worldwide including Harvey Nichols, Lane Crawford and Boon The Shop. ORDRE provided exclusive online showrooms to an invite-only retail network for the selected finalists as part of the event. Watch our video highlights here.

Who to Watch From Paris Men's