London-based designer Hanna Fiedler originally hails from the Bavarian countryside in Germany, and that slow, green heritage anchors her aesthetic. “I think minimalism has something calming in it, to not be overpowered by colours and prints,” Fiedler tells ORDRE, describing her sleek, toned-down designs.

After graduating from the London College of Fashion, working as a bespoke tailor and gaining experience with fellow sustainable-designers Gabriela Hearst and Mary Katrantzou, she finally felt equipped to launch an eponymous womenswear label in 2018.

And for London Fashion Week SS’20, the BFC invited Fiedler to their positive fashion showrooms because of her ever-green brand ethos, from using natural fibres and organic cotton, linen, wool, silk to sourcing everything locally. Another factor that persuaded the BFC is Fiedler’s commitment to traditional fashion design values, from working with Dormeuil - a British mill which dates back to the 1800s - to using a Saville Rowe fabric which is entirely blockchain traceable. And as luxury brands strive to progressively improve their manufacturing transparency, this already puts her ahead of the curve.

“I think minimalism has something calming in it, to not be overpowered by colours and prints.” 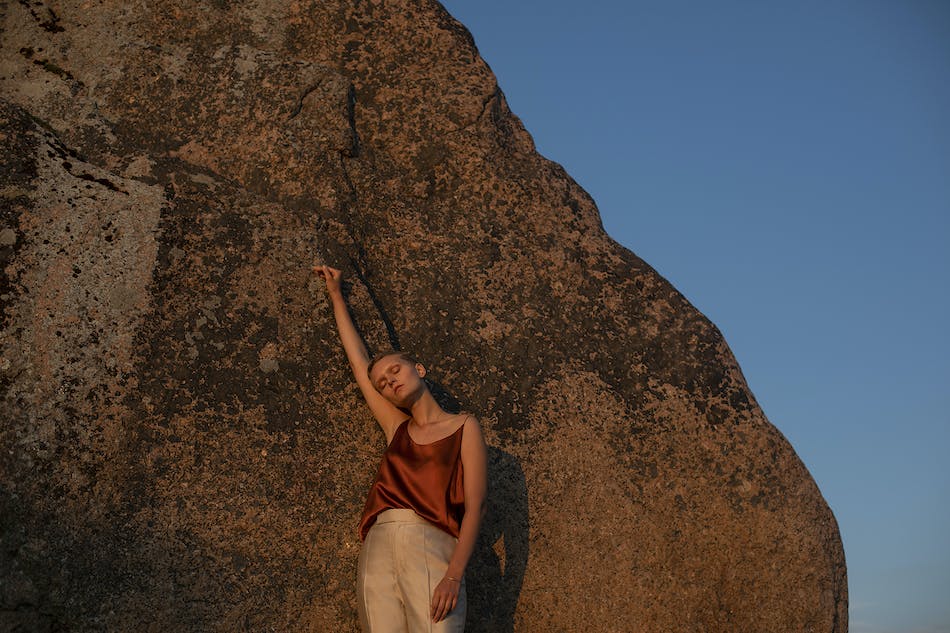 “I’ve tried since the beginning to make as many sustainable choices as possible,” she says, generating ethical hope in emerging design talent, “I produce locally, am very transparent about manufacturing and I always make sure everyone is treated well, working in good conditions.”

It’s unsurprising that she partly learnt from Gabriela Hearst, a designer who recently showed the first carbon neutral fashion show at New York Fashion Week and is known for championing traditional craftsmanship. On her experience as a project-based designer at the label, Fiedler says, “Hearst is really true to herself and very uncompromising. She taught me how to turn a vision into a brand. And that if something doesn’t comply with my values then I should not do it.”

Seemingly focused solely on manufacturing quality garments, Fiedler says she is not directing her label at any customer base in particular, disregarding age. But she then continues, perhaps hinting to the person she designs for: “I am creating clothes that are unrestrictive. Whether you want to pick up your kids from school or have a run in the park with them, it’s nothing that is limiting your lifestyle.”

Retailing only on her direct-to-consumer e-commerce site the designer is able to analyse her customer-base directly, “It is local, definitely the UK but then the German market is becoming a lot more interested in us too,” she says, continuing to state that the BFC showrooms also provided exposure into new markets, “We have quite a lot of interest from the Japanese market. There was such a broad range of worldwide visitors when the showrooms were open to the public, from Asia to Germany.”

It seems a lack of current stockists is not disheartening Fiedler who, despite the inundation of minimalist womenswear, firmly believes there’s a place for her in the industry. The most unique element of her brand is perhaps the storytelling behind it, “This season was inspired by Agatha Christie and how she travelled in an era when women were never really travelling. She was a really strong, independent business woman and that’s amazing.” Fiedler explains, “Clothes tell our own narrative, that’s why storytelling is important to me.”