Can Romania transition from production hub to hotbed of homegrown talent?

As the fashion industry adopts a model of nearshoring — whereby companies look to manufacture increasingly closer to home — A.T. Kearney Global Services Index shows that in 2017, Romania had dropped five positions to number 18 in its ranking of global manufacturing hubs. Labour costs are no longer cheaper than neighbouring Poland, but a number of the world’s luxury labels are still producing in the Romania (sources cite Chloe, Louis Vuitton and Prada alongside Rick Owens and Moncler). But how is this affecting local designers?

“A lot of production is taking place here from the big luxury brands,” explains Mitichi Feeric, president of Sibiu’s Feeric Fashion Week. “They have personal factories or operate through a collaborate term know as Lohn, whereby companies create packages of parts. The work essentially means that facilities have contacts with big luxury corporations to produce accessories, bags and so on, parcelling the products which are assembled in other cities like Paris and Milan.” The reason? “It’s cheap for them, it’s easier as we are closer and the quality is good here, there are fewer mistakes.” While on the one hand, this is great, the downsides are that larger quantities result in lower prices, leaving local production unable to compete.

Feeric Fashion Week, now is its 10th year, is on a mission to establish a support network in Sibiu for local talent, as well as to establish the country as a hub for global talent: it invites industry from around the world, including Vogue Italia (on board for the past three years,) and Vogue US.

“Outside of the big fashion weeks, it’s important to give the local industries support and encourage designers in their own cities”

In addition to the press, many industry professionals have the country’s local talent in its sights. Sammy Voigt, an external consultant for the German department store Breuninger, tells ORDRE why he is looking to Romania for new talent: “Basically, we wanted to find fresh, new labels. Outside of the big fashion weeks, the main capital cities of fashion, it’s also important to give the local industries support and encourage designers in their own cities.”

Indeed, according to Tania Cursano, founder of IT-Elite showroom, Romanian designers are already making an impact around the world. “There are so many Romanian brands already well known abroad like Bianca Popp and Alina Moza. There are also retailers who work with Romanian brands — some of the best are Entrance Store and Molecule Store — both based in Bucharest.”

Yet the local infrastructure is not easy to navigate. Adina Banea, the founder of tailored Romanian brand, Reprobable — which is making waves domestically and internationally — offers her insights on the retail scene in the country, explaining why exporting is often easier: “We have a couple of dedicated fashion platforms, but they involve pretty high costs and commissions for our designers, costs that from my point of view are not sustainable."

“Because no-one is investing in marketing, we simply don’t help as much as we need to. The only platform that I feel is worth mentioning is Band of Creators. Comparative to others, they make payments to designers with minimal delay, which unfortunately cannot be said for other designer shops in Romania.”

But Banea is optimistic about the potential: “There is a place for luxury here — more so once a person gets the taste for it.” In fact, Statista’s forecast revenues of clothing store retail for 2020 places Romania alongside Lithuania and Latvia as one of three countries with any predicted growth in the area from 2014 to 2020 — Romania’s growth is the highest, suggested at almost nine percent. 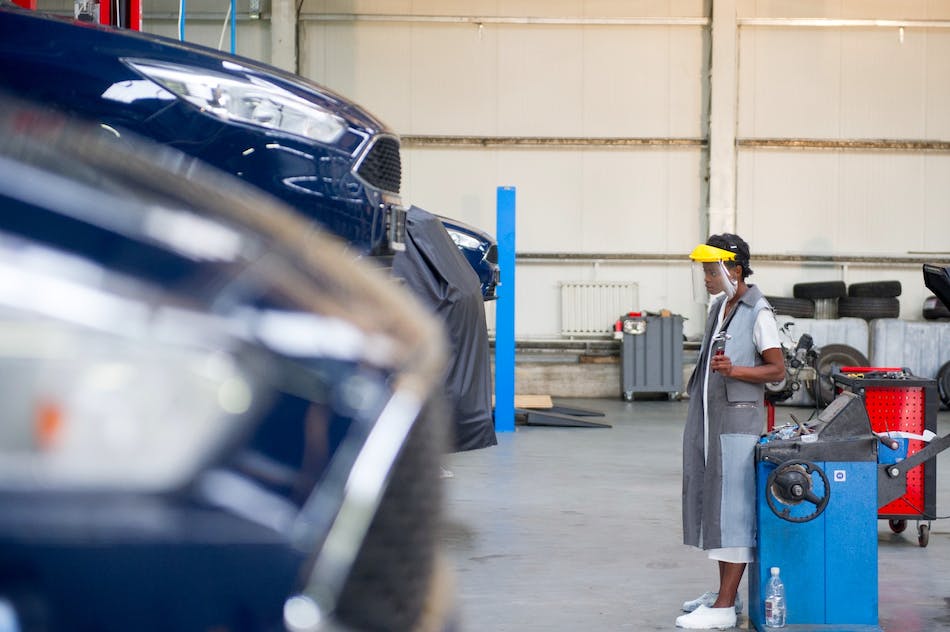 Mitichi Feeric (it is worth taking note that he runs the fashion week as a labour of love in addition to his job in advertising) echoes Banea’s sentiment, but explains that the money is going outbound. “We have a lot of ateliers and they are selling abroad so the money is going out.” He likens this situation to the current wave of Asian consumers, adding, “The same way that Chinese travellers are shopping, this is happening in Romania too. The people here with money are interested in luxury packages as a shopping experience, in London, Milan or Paris. Our rich locals need education on the wealth of local talent.”

Feeric is, however, grateful for the funding his project receives and is openly transparent about the figures. “The city hall of Sibiu gives us €37,000 yearly, and we receive about €10-15,000 from sponsorship,” he divulges. “The other €35,000 we get from the designer fees. We organise 40 shows with all this money — this is hardly even one show in one city for another designer.” While this is true, in an age when fashion weeks cycle are extreme, pressure one wonders if this money can be spent more innovatively?

“Right now, the industry is being dominated by massive brands. I think we need to be looking to original talent, like in Romania”

Following his recent research trip, Breuninger’s Voigt is among those who would argue that this system works. “When Margiela and the like did their first shows they didn’t have money but they still changed the direction of fashion. Right now, the industry is being dominated by massive brands. I think we need to be looking to original talent, like in Romania.”

Now intent on supporting and promoting Romanian fashion, he is making a real impact by taking it to commercial markets in Germany: “We will bring some looks back here to showcase at Breuninger. Luna Morgaciova in particular is a standout — we might do a landing zone in-store showing the different design visions. It’s important to show our audience that there are other things going on outside of the norm.”

Cursano, who attended the fashion week recently, is upbeat about the future of the industry: “I think it will change, as more Romanian brands start to sell outside and are seen as an example. More international media are travelling globally to discover fresh talent. I personally saw many young very talented students from Romanian design schools, which is really positive.”

Voigt articulates the difficulties facing any designer aiming to break out onto an competitive world stage: “They’re not perfect. Entire collections from designers might not all be amazing, but some looks here and there really stand out.” Standing out is increasingly difficult when geo-economics come into play, so should the question be, how can the industry be doing more to responsibly support emerging global market’s original talent, rather then exploit their nearshoring capabilities?